RecordAround The World & Face To Face 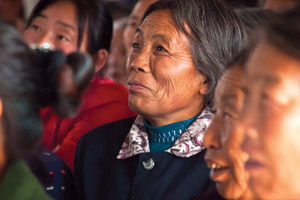 When Bill and Rita Bartlett talk about God, they can hardly contain themselves.

Their excitement flows from seeing him at work in their lives and in the lives of others. They dedicated their marriage — 37 years and counting — and their international business to God. When they sold their business three years ago, the first thing they did was dedicate the proceeds to him.

They prayed about how to share God's generosity, and American Bible Society (ABS) made the list for a couple of reasons. Rita has been a faithful Bible-A-Month partner for many years. This caught the attention of ABS advisor Rob Smith, who lives near the Bartletts in central United States. Over several years, Rob and the Bartletts developed a deep friendship, and in May, they went to China together.

In China, they visited several churches. One afternoon, as they drove up a hill approaching a church, they were amazed to see people standing on both sides of the road singing, clapping and waving. More stood on the roof of the church, and it was standing room only inside. Rita, Bill and Rob enlisted ushers to help give out Bibles. As the congregants received the Bibles, “Tears of joy were streaming down their faces and the love of Christ was flowing through them,” says Bill. “For some, this was their very first Bible, and they kept chanting,
‘Xie-xie — thank you, thank you!” 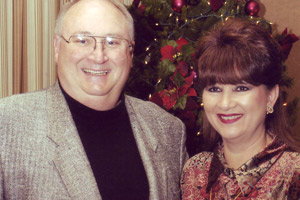 On a visit to another, larger church, they saw people on their knees, praying in the basement. Church members have been rotating in prayer 24 hours a day, seven days a week since 1996, literally at the foundation of the building. As a result, 10,000 people are coming and worshipping Jesus Christ. Rita said, “The Lord is alive and well in China. The Church there is exploding. They are the most amazing Christians, sharing what little they have with complete joy.”

They also visited Amity Printing Press in Nanjing and saw Bibles flying off the press, averaging one per second. ABS helped start Amity in the 1980s, and ABS donors continue to fund the Bible paper. In 2012, 100 million Bibles will be printed. This is another reason Bill and Rita, pictured below, are excited about ABS's work — it lines up with their own values and vision for the Great Commission — and why they have made provisions in their estate plans for a major gift. God's Word is alive in China, thanks to donors like the Bartletts.

If you would like to learn more about leaving a legacy gift to American Bible Society, please visit ABSGift.org

Youth Cry Out For Lectio Divina

8,000 youth gather in a sports arena to learn the ancient practice of Lectio Divina as...

China - A Hunger to Read