Alone on the Streets of Uganda, One Boy Found Healing in God’s Word 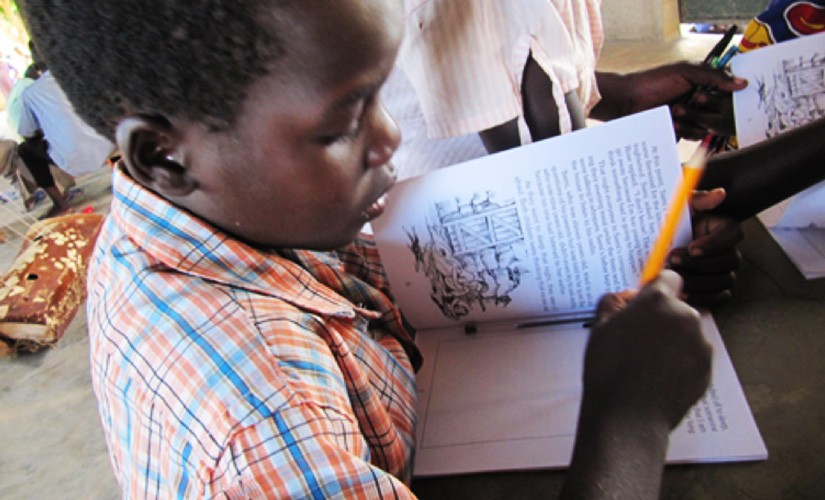 Kiho*, pictured here participating in the trauma healing session, has used God’s Word to overcome a traumatic past.

Kiho*, a ten-year-old boy from eastern Uganda, sat speechless in a small classroom. Facilitators of a Bible-based trauma healing session—organized for young victims of disaster and abuse—smiled next to him. The facilitators could tell he had something to say. They just didn’t know how to reach him.

Eventually, Kiho burst into tears and began sharing his story.

More than a decade earlier, Kiho’s mother had conceived Kiho with another man while her husband served in the Ugandan military. When her husband returned from active duty, he vowed to stick with her—but only if she abandoned Kiho. She agreed.

With nowhere to go, Kiho moved in with his uncle. But life in his new home proved difficult. He wore the same clothes every day. He dropped out of school. And he rummaged through abandoned gardens, markets and homes in search of food.

After years of wandering through life with little guidance or care, Kiho arrived at the trauma healing course. Sessions like this one regularly take place in Uganda and throughout the Great Lakes Region of Africa, thanks to the support of American Bible Society’s generous financial partners.


For Kiho, fighting through his tears and sharing his story helped. But he needed to rely on God for healing. So, with children from the session gathered around him, a facilitator prayed for Kiho. The experience made a life-changing impact on his life.

“[Praying] set Kiho free,” one facilitator says. “He became so free he started participating in the class.”

By reading God’s Word, Kiho learned to identify his pain, share his hurt, release his suffering and even forgive his mother for abandoning him. In a lament, he asked God for wisdom—and the strength to face the future. At the conclusion of the course, facilitators helped Kiho get his young life on track by re-enrolling him in primary school. They even gifted him a set of school supplies.

Even though he endured a childhood of turmoil and distress, Kiho has experienced freedom in God’s Word.

*Name has been changed