“There has always been a question ringing in my heart: how will I be remembered?” 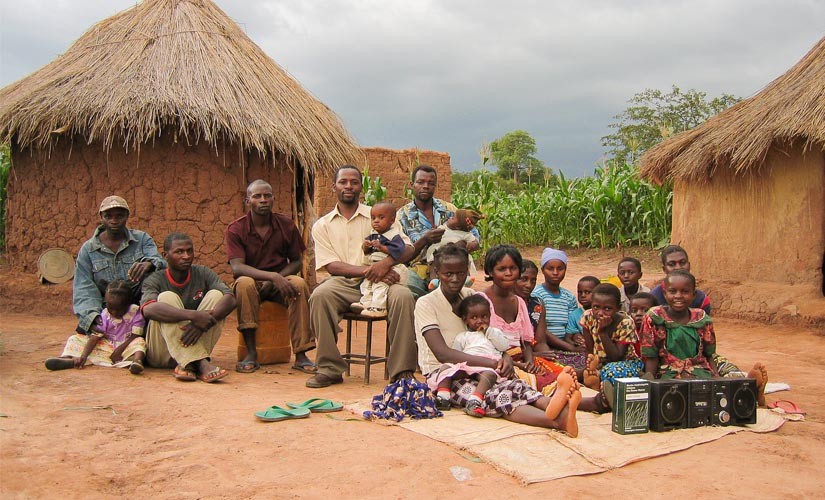 Willy Twalyahikayo has not had an easy life. He had to drop out of school early to work in the notoriously unsafe copper mines in Kilembe, Uganda. Although the mines made him sick, he pressed on.

When his health finally failed him, his retirement package after years of hard work was just a thank you. With little to his name and with his family unable to care for him, he went to live in a nursing home. There, his days passed slowly. With his life winding down, one question nagged at him: “How will I be remembered?”

Then, thanks to your support, an Audio Scripture ministry called “Faith Comes By Hearing” came to Willy’s community. A volunteer from Bible Society of Uganda explained to Willy how he could use “talking Bibles”—provided by you—to share God’s Word with others in his nursing home.

“The talking Bible spoke directly to me in my language,” says Willy, “and I didn’t have to read my print Bible that I used to struggle to read.” (Willy had a Bible in English, but his reading and English skills were both rusty.) The talking Bible had a profound impact on Willy’s relationship with God: “My faith returned, now that I could hear God speak to me directly in my own language.”

That’s when everything clicked for Willy. Right there in his nursing home, Willy found his calling: to share the Word of God with those around him. He created 4 groups in which people could gather to listen to the Bible and fellowship with one another. Because he knows it’s important to internalize Scripture, he says, “I make sure my group members receive and listen to the talking Bible and find out what they heard and learned.”

Although Willy trusts the good work of sharing Scripture will continue once he’s passed away, he knows God has a purpose for him now. He says, “As long as I live, I will continue to share the Word of God with my fellow elderly people in my community.”

Willy offers special thanks for those who made his dream a reality. He says, “Thank you, Bible Society of Uganda, and everyone who works toward sending us the talking Bibles.”