Chile Recovering from Earthquake and Tsunami 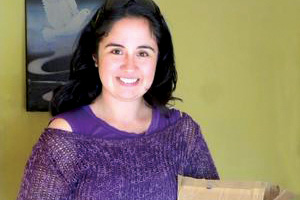 Chilean coastal cities and towns were in ruins after the February earthquake — the worst in 50 years — and then the tsunami struck. The combination destroyed thousands of homes and killed hundreds of people, leaving more injured or lost and thousands of survivors living with no water or electricity.

A month later, the Bible Society reported, the places affected were trying to return to normal, insofar
as it was possible. “The army . . . installed hospital tents, trucks are arriving with food, and public transport is slowly returning,” said Francisco Viguera, the Chilean Bible Society's general secretary. “We are channeling the help of our volunteers . . . to give spiritual help, breakfasts and suppers to the people who have been living in the street since the earthquake, specifically in the older areas of Santiago, as well as other affected communities.”

God’s Word in a Rickshaw

Drivers in India Share God's Word on the go.

God’s Word in the Storm

ABS staff distribute Scripture portions to victims of Hurricane Sandy. In the hours before Hurricane...