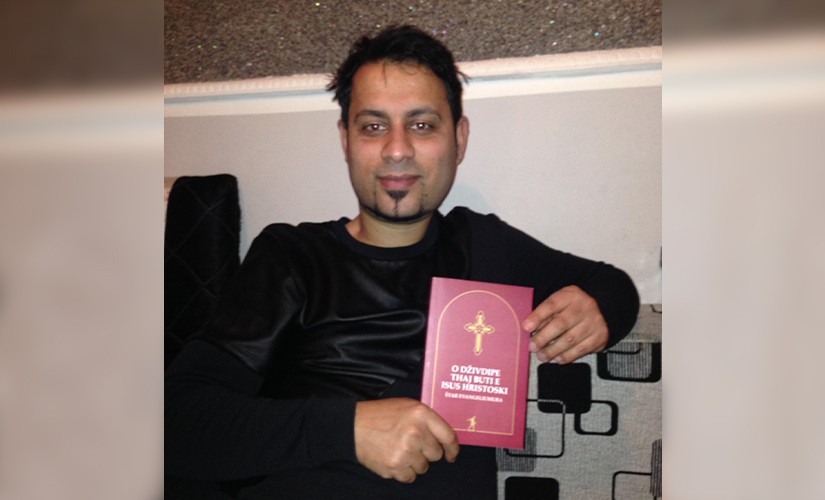 Hope has always been hard to find in the Roma community of Serbia, where a 90 percent unemployment rate is the norm.

However, 32-year-old Rajko* had another reason to feel hopeless.

When he was a child, Rajko battled cancer, resulting in a devastating realization once he was married.

“My wife and I struggled to have a child. The problem was with me because of treatment against cancer I had as a child,” Rajko confides. “I was miserable. I was feeling empty and worthless. No hope for the future.”

Rajko and his wife began attending church in their community. Then, because of the generosity of friends like you who make Bible translation possible, Rajko received a Bible in his own heart language.

“I saw God speaking my language. All the stories of the Bible became so much closer and so much more personal,” Rajko shares.

As he read and understood Scripture, Rajko grew closer to God and found hope.

“God really does speak my language,” he says. “He does not only speak the great languages of the world, but also my small Roma dialect. I think more about God and understand His ways more than I did before.”

Rajko was encouraged by the messages of the Bible and discovered a biblical principle that would transform his family.

“(The Bible) helped me understand the concept of adoption and because of the Bible, me and my wife decided to adopt,” Rajko says. “Now we have twin boys whom we have adopted just as God adopted us.”

Typically in the Roman culture, it is culturally unacceptable to adopt children. But because the Bible teaches us to love as God loves us, Rajko and his wife were inspired to take a courageous step of faith by adopting twin boys.

“Now, others in my community see me and my family as a true example of what it means to be a follower of Christ,” Rajko says.

We are so grateful to our partners for giving hurting people like Rajko the hope of Scripture in their own language by supporting Bible translation efforts in Serbia and across the globe.

“When I read this Bible…it creates many thoughts in my heart.”

Together we’re overcoming obstacles to Bible translation. It now takes one-fifth the time to complete a New Testament translation.