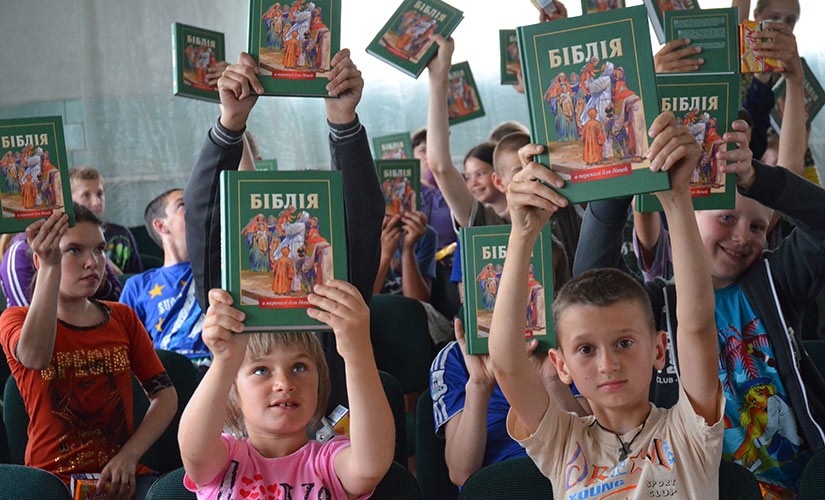 Little boys love airplanes. Give a boy a paper plane, and he’ll zip it through the air—“Zoom! Zoom!” Hear an airplane overhead, and he’ll point and squeal.

To most children, airplanes mean excitement and adventure. But not for hurting Ukrainian children like Sergi*.

When 4-year-old Sergi hears an airplane, he falls to the floor in terror. In his world, the sound of planes flying over town means bombs are coming. Sergi and children like him from war-torn Ukraine have been so traumatized by war that they live in fear.

Throughout Eastern Ukraine, refugees and orphans have fled unspeakable violence. According to the latest report from the Ukraine’s Ministry of Social Policy, 1.2 million people from the region have been displaced, many of them children.

Sergi and his mother Anna* are among those who ran for their lives from violent clashes in their hometown. “It was so scary when bombings began and planes were flying over the town,” Anna says. “My only concern was how to survive if another bombing begins. When we heard planes, we fell on the floor. Even now, my son falls on the floor when he hears the sound of a plane.”

Displaced people like Anna and Sergi need to know God’s love, peace and hope. With their gifts, American Bible Society’s financial partners provide colorful Children’s Bibles that show displaced children the love of their Heavenly Father. “We are grateful for these wonderful books,” Anna says.

Alina* and her children are also refugees who received God’s Word because of generous friends of American Bible Society. She says, “I was so surprised when people in the house of prayer accepted us as their family. They gave me a Bible, and we never had Children’s Bibles, so we especially appreciated them!”

American Bible Society’s financial partners are helping to reach more than 30,000 orphans and at-risk children like these in Ukraine and around the world. By sharing God’s Word, they are providing healing and hope for a better future.

“The Bible means everything to me,” says a mother in China.

While the door remains open, we must provide as many Bibles as possible!

Pray as a Bible Translation in Malawi Nears Finish Line

1.5 million Elhomwe speakers in Malawi could have a Bible in their language as soon as December 2018