“Once I learned about the Bible … I was saved” 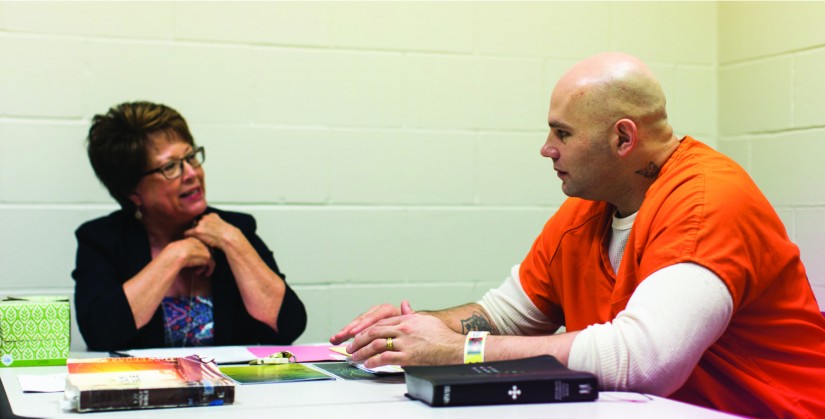 “You will never amount to anything.” Joe can still hear the words of his drug-dealing father from long ago. Sometimes, the words hurt even more than the physical blows. Those words drove Joe to prove his father wrong. To beat him at his own game. To be a better pain-inflictor, enforcer, and dealer. “You had to beat the man to be the man,” Joe says.

But sometimes, “the man” gets caught. Joe spent 10 years in and out of prison, which only fueled his violent habits. “I got into a lot of fights and hurt a lot of people to make a name for myself in case I ever did come back to prison,” Joe explains. “Then I wouldn’t have to go through all that again.”

JOE WAS A HEARTLESS CRIMINAL

Even with a wife and two children to care for, Joe fell back into a life of crime. “I had my wife tell me that I was the most heartless person she’s ever met,” Joe says. “She said I was a monster.”

Another arrest sent Joe to prison again. But this time, the doors would stay locked for a long time. Facing multiple 10-to-life sentences for drug possession and distribution, Joe

had nothing but time to ponder his dark and uncertain future. “They say that you always turn to God in your darkest hour,” Joe says. “And there was no hour darker than the one that I was facing.”

THEN HE MET JESUS IN JAIL

Joe decided to join a Christian discipleship program led by prison chaplains—a miraculous choice given his old, negative view of faith. “I was kind of a bully towards people with Bibles,” Joe admits. But like Saul on the Damascus Road, Joe became a brand new man when God spoke to his heart. “Once I learned about the Bible … I was saved,” Joe says. “I accepted Jesus Christ

as my Lord and Savior.”

Although Joe attended Bible studies, it wasn’t until he completed a Bible-based trauma healing class organized by our partner Good News Jail & Prison Ministry that he fully experienced the life-changing message of God’s Word. For the first time, Joe acknowledged the painful things that happened to him growing up. He saw clearly how he had been hurt, and how he had hurt others. God changed Joe from the inside out. Instead of looking for a fight, Joe looked for strength in Scripture. He became one of those people with Bibles he used to mock; he’s read nearly the entire thing.

Thanks to your love, prayers, and support, Joe broke down and let go of the guilt and shame he’d been carrying. Day by day, he is healing from the wounds caused by his earthly father

and finding peace in the love of his heavenly Father. Joe even secured a shorter prison

sentence as a direct result of his spiritual growth. A judge was amazed by the life change evidenced by Joe’s Bible-based trauma healing journal. Now Joe, who was facing a lifetime in jail, will be out of prison in about 10 years.

In the meantime, Joe is serving Jesus as a chaplain’s assistant. He is encouraging his fellow inmates to find healing and forgiveness in Christ, just like he did. “Our God is a forgiving God … He makes everything possible,” Joe says. “No matter what situation you’re in, he’ll

always bring you back to him … That’s what he did with me.”