“I had found great treasures.”

Giving the Bible to people who are blind around the world! 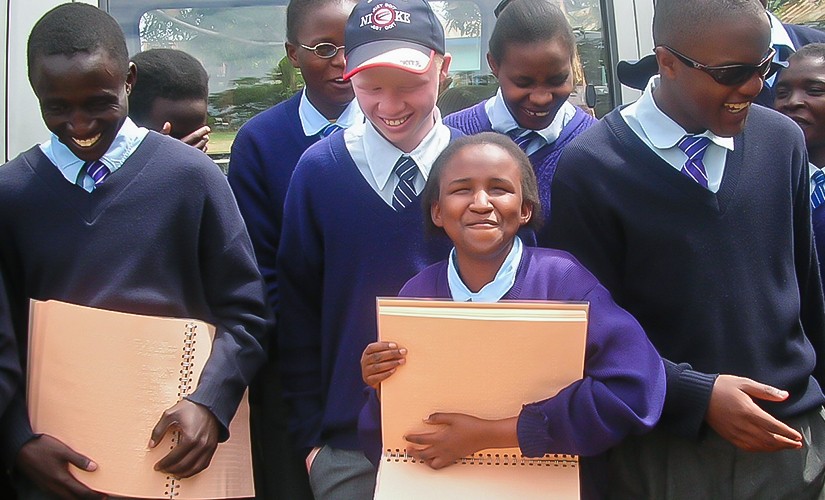 Sadly, some people across the globe live in both spiritual and physical darkness. Many people who are blind or visually impaired have no access to God’s Word.

With the help of our generous financial partners, we are working to change this by providing audio and Braille Scriptures to people like Mr. Shin* in Asia.

“When I received the Braille Bible and the audio Bible, my heart was so excited . . . as if I had found great treasures,” the 64-year-old man says. “Since I received the audio Bible, I would listen to the sermons and learn to sing hymns every day. To me, it was like the Bible Scriptures: ‘lie down in green pastures and lead me beside quiet waters.’ My heart was filled with thanksgiving.”

John*, who received a Braille Bible in his heart language in Africa, says his new Bible lets him know that “God hears my language.”

Samuel* in Africa says, “My daily life has been vastly transformed by this Scripture and I’ve learned to have a closer walk with God.”

Priya* of India says that with her Braille Bible and audio Bible, she doesn’t have to wait for someone to read her Scripture. “Now, I can read and listen to the Word of God by myself.”

Translating into Braille isn’t easy. Each language has a unique Braille alphabet. However, with the help of our generous partners, we are making good progress. Because of their support, people in Africa, Asia, India, and beyond can connect with God through Braille Bibles and audio Bibles, and we are grateful to them for shining the light of hope on those who are visually impaired.

The Bible and the Blind

Jesus speaks your language, and we must help our Blind brothers and sisters know that He speaks their language too!