Reaching people along the Arabian Peninsula with the Gospel! 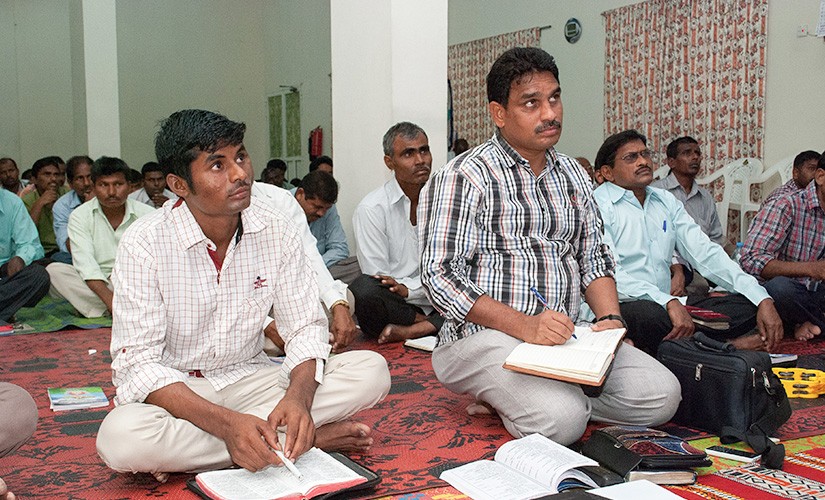 Sajan* admits it; he didn’t think very highly of Christians.

The village in India where he grew up had a very strict system of castes, or levels of society. Sajan was in the highest caste, and the church was in an area where the low caste lived.

“I had a very low opinion of those who went to church,” he says.

Meanwhile, Sajan himself was short-tempered and used filthy language. He also prayed to idols. “I visited Hindu temples five times a week praying to idols,” he says.

When Sajan moved to the Arabian Peninsula as a migrant worker, he was invited to a prayer meeting. “I sat in the next room and heard what was being said. I had the fear of being seen by anyone from my village. It was risky to attend a prayer meeting.”

Curious, Sajan asked to borrow his friend’s Bible. “As I read the Bible, there are no castes. God created all equal. I confessed my sins and believed Jesus died on the cross for me and became a follower of Jesus.”

God is using the Bibles our financial partners provide in the Arabian Peninsula to change the lives of migrant workers like Sajan as well as locals.

Dr. Hrayr Jebejian, General Secretary of the Bible Society in the Gulf, says, “The Arabian Peninsula is the very heart of Islam and other religions, and has been considered by some to be impenetrable with the Gospel. But God is miraculously working in the region.”

Sajan eventually received his very own Bible. “I hear Him speak through its pages. My family clearly has seen the difference in my life, how I used to be short-tempered and abusive and now I am different,” he says. His wife, children, parents, and many other relatives have also become followers of Christ.

Because our partners helped provide Bibles, people like Sajan in the Arabian Peninsula are getting to know Christ. We are grateful to them for continuing to place Bibles in hands and hearts through their ongoing support.