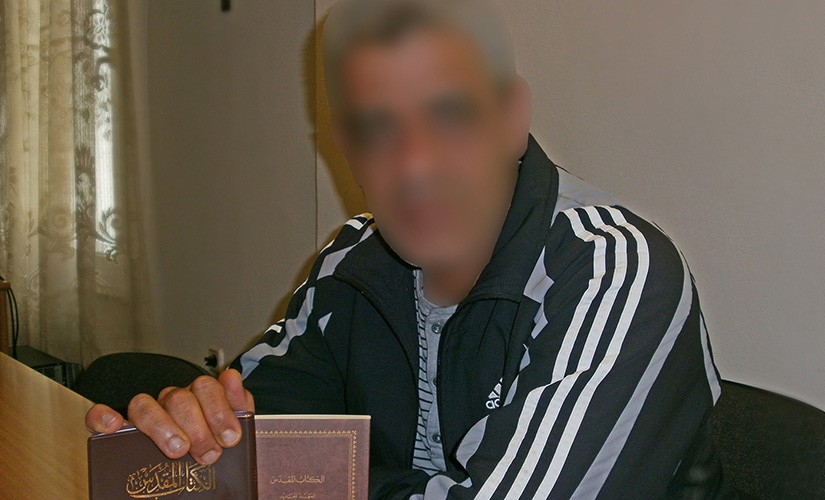 As a radical soldier, Yazul was ready for a fight. He fought fiercely in conflicts for his homeland in the Middle East. But he became disillusioned and fled to Bulgaria where he turned to a life of crime.

No matter what he engaged in, Yazul could not get past his emptiness. “I did not have joy in anything,” Yazul says. “I was very anxious and nervous … I did not feel secure.”

Yazul was eventually caught and sent to prison. He shared a prison cell with another refugee who received a Bible. Together, they laughed and mocked the Bible as they read it. But as they read, it also pierced the layers of hardness and cynicism their hearts.

“We felt differently. We felt peace, comfort,” he says.

Yazul then gave his life to Jesus. “I am not the same person anymore. … Now I sleep like a baby. I have peace, joy.”

Once released from prison, Yazul began sharing God’s Word with others in the Farsi language, helping them accept the Gospel of Jesus Christ.

Lik Yazul, when people engage God’s Word they have the opportunity to experience God’s redeeming power. This is the peace that refugees and others throughout Eastern Europe so desperately need and can find through Scripture.

Ashamed no more and with Bible in hand, Nguyen shares his powerful story.

Representatives from 150 nations gathered for the 2016 World Assembly in Philadelphia.

No Children’s Bibles in Kyrgyzstan?