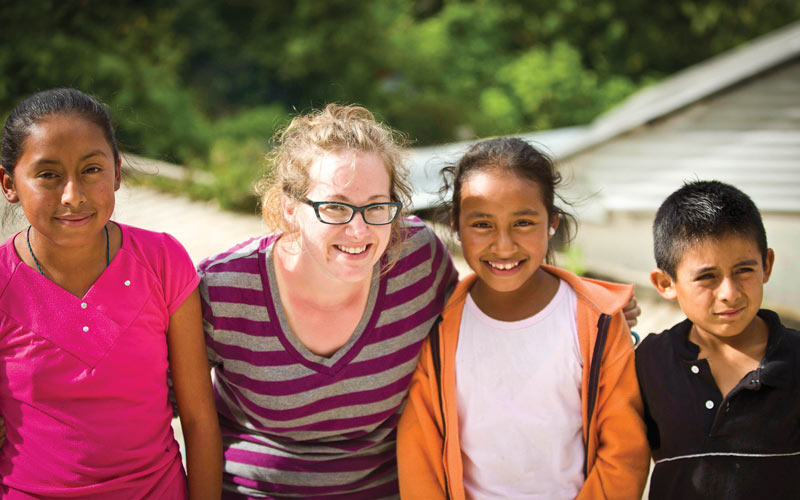 Becky Silva attended the distribution of the Bible in a local language in Mexico. Photo credit Diller McGrath.

My Bible has been available in English for more than 400 years. And I’ll be honest. I take it for granted. But I recently realized what a blessing my Bible is when I visited Mexico to see people receive a Bible in their language for the first time.

Now when you think of communicating in Mexico, you may imagine saying something in Spanish. However, 14.9 percent of the country’s population is indigenous, and Mexico recognizes 68 different Mexican indigenous languages. Each ethnic group has its own culture, religious practices and language. If people in these indigenous ethnic groups speak Spanish, it is usually their second language.

I was able to interview some of the recipients of these Bibles. We needed two translators on hand. One was there to translate the local language into Spanish, and the other was there to translate Spanish into English. An older woman, teary eyed, thanked me profusely for her copy of the Bible. Another woman told me that she had read the Bible in Spanish, but when she saw the Scripture in her heart language, Jesus became real to her.

I was overwhelmingly touched. What if we lived in a world where people could see Jesus clearly because the Bible was written in their heart language? People would be changed, and it would transform the world.

Click here to provide the Word of God where needed most.

2015 State of the Bible Report: According to Americans, All People Deserve Access to Scripture

September 30 is International Translation Day, and we’re praying for Scripture translation around the world

Diverse yet Truly One

You are a cherished member of the global Church.