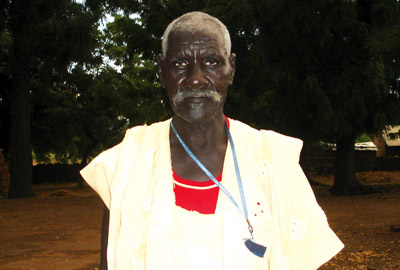 Silas Anamak is looking forward to having the Bible in his own language. Northern Cameroon, (Chad Border) October 2009. Photo by Jacqueline Zoutene

Silas Anamak, 77, is beginning to worry. ”This translation business is taking too long,“ he says sadly. “You can see how old I am . . . how long do I have left? I'm afraid of dying without ever having seen the Bible in Musgum.”

The Musgum region of Northern Cameroon is extremely poor, but Christians are often the poorest of the poor. In this region, which is 70 percent Muslim, the best-paying jobs are generally taken by the majority.

The Musgum New Testament was published in 1964, but work on the Old Testament only began in 2002. They had to choose translators from the young generation and train them.

Musgum has four dialects: Beege, Mouvloum, Muzuk and Pous, and each of the team members speaks a different dialect. It is essential to give priority to words and expressions that all Musgum speakers can understand. The completed Musgum Bible will be published at the end of 2014. These years will seem very long to the Christians in the region.

As Silas Anamak declares, “What consoles me a little is that, even if I personally do not live to see the day when it is dedicated, at least my children and grandchildren will see it, and then, when the whole Bible is in our language, the truth will be accessible to all our people.” 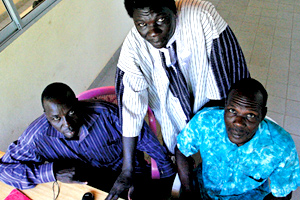 The team of Musgum Old Testament translators hope to have a full Musgum bible by 2014. Photo by Joaquim Dassonville

Hannah’s Story: Beans for a Bible

Hannah traded this bag of beans for her very own copy of the Bible in...

Youth Assembly delegates expressed themselves through drama at the UBS World Assembly in Seoul. Photo...