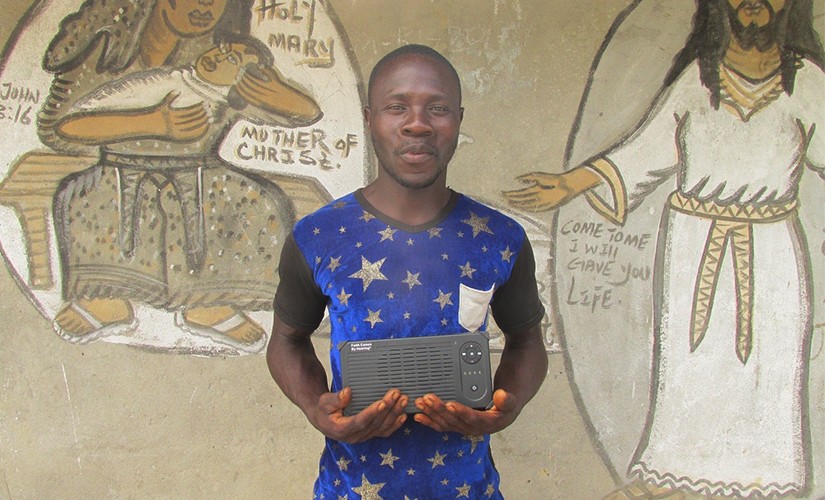 Henry* was heading down the wrong path.

He admits that he was quite a scoundrel in Liberia where he lived. “My life was bad,” Henry says. “I was making my living through robbery and stealing.”

Henry was used to taking what he wanted . . . until he met a blind man who freely gave him something that changed his life.

Henry thought the man was going to beg him for money. Instead, the man told Henry about God.

“I started attending the audio Bible listening group where I got to know God for myself and gave my life to Christ,” Henry says.

After attending the listening group for a while, Henry received his very own Bible, made possible by friends like you.

“My course in life has changed. I am no longer smoking, drinking, and robbing people. I am now a changed person.”

Henry says without the life-changing power of God’s Word he would “still be living in sin and would have died and gone to Hell.”

We are so grateful to our financial partners for joining American Bible Society to share the eternity-changing power of God’s Word in Liberia and around the world! Together, we are introducing people who are heading down the wrong path to God and placing His Word directly into their hands and hearts.

Choosing forgiveness in the face of injustice