RecordArts And Media & In The USA & North America & Poverty & USA 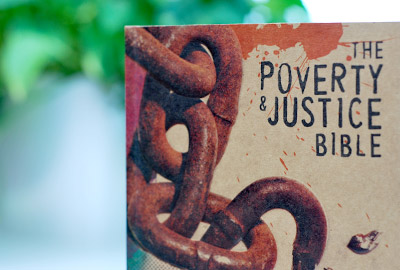 A national survey conducted by Harris Interactive® for the American Bible Society found that a majority of Americans are having trouble recognizing some of the Bible's strongest promises for those who are struggling.

Of the 1,001 U.S. adults surveyed, 54 percent attributed a Bible verse about caring for the poor and oppressed to celebrities and politicians rather than the Bible. President Obama received the highest percentage of attributions.

The survey was conducted to coincide with the release of The Poverty & Justice Bible, which is the first Bible to highlight the more than 2,000 verses expressing God's compassion for the issues of poverty and justice.

Although 80 percent of the polled adults claimed to be familiar with the Bible, nearly half of them thought the Bible offered the most teachings on heaven, hell, adultery, pride and jealousy. But, the Bible offers more teachings on poverty than any of those topics.

“The survey results illustrate the reason we created The Poverty & Justice Bible — a collaboration between the Bible Society and World Vision — to highlight God's gospel concern for the poor, marginalized and oppressed,” said Lamar Vest, president of ABS.