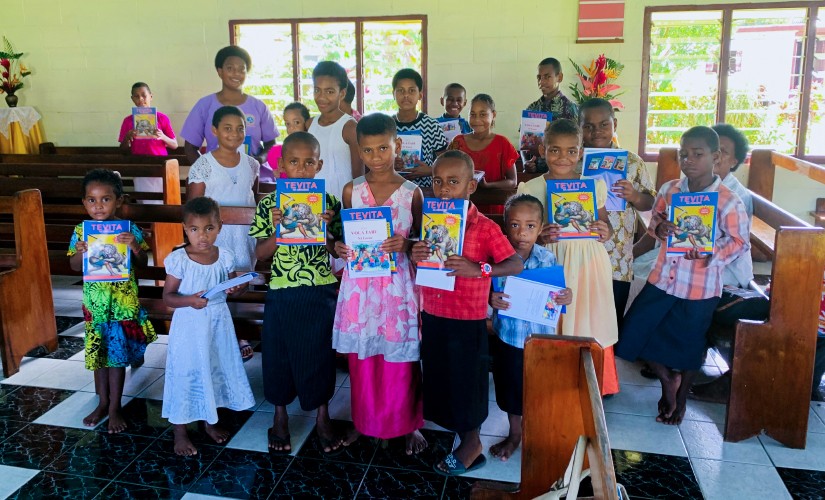 “They did not know if I was dead or alive,” Kaelo* says, describing the two days he spent afloat in churning waves after the Hunga Tonga-Hunga Ha’apai volcano erupted near the South Pacific Islands. The underwater eruption that took place nearly one year ago had the force of hundreds of atomic bombs. It was followed by a 50-foot tsunami, ashfall, and acid rain that impacted 85,000 people on Tonga, the closest island.

Kaelo, who has difficulty walking, was rushing to higher ground with several members of his family when he was swept away by the crashing waves and rising waters. He survived for two days by clinging to a floating tree and crying out to God. When he was finally located and brought home, his family was overwhelmed with relief.

Entire villages were destroyed in the eruption’s aftermath, including Kaelo’s. Many families had barely recovered from Cyclone Harold, a category 5 cyclone that ripped through the islands in 2020, leaving widespread destruction in its wake.

After such traumatic events, people are in urgent need of food, water, shelter, and basic supplies…but most of all, they are in need of hope.

The generous support of our friends helped make it possible to offer Bibles, children’s Bibles, and trauma healing resources to families throughout the South Pacific Islands. Everyone expressed tremendous gratitude, and one person even said, “The food and water was a real blessing, but we were blessed by the Bibles most of all.”

Because of our generous partners, thousands of men, women, and children who were overwhelmed by the emotional pain and trauma of these disasters can now put their hope and faith in Jesus and confidently trust in Him as they rebuild. We are so thankful to our financial partners for their commitment to sharing God’s Word!