Q&A with Two of Your Fellow Kingdom Builders

Get to know two passionate supporters of American Bible Society like you. 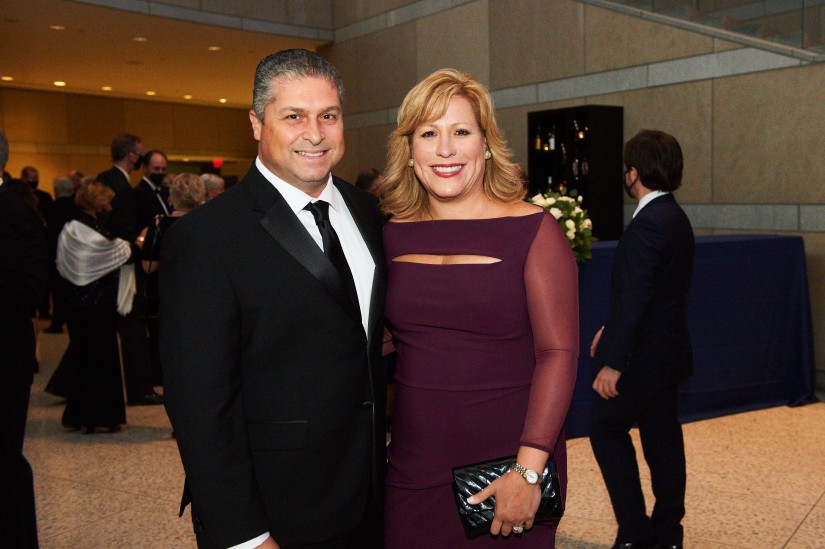 Meet Osvaldo and Deborah Gratacós, two passionate supporters of American Bible Society like you. Debbie currently serves on the Board of American Bible Society. She is the founder and CEO of DEVAL LLC, where Osvaldo now serves as president and chief investment officer following his role as a vice president at the World Bank Group. Born in Puerto Rico, Osvaldo and Debbie now live in Virginia with their three sons—ages 16, 15, and 6.

How would you describe yourselves?

Osvaldo: I would describe myself as just a regular guy trying to serve God’s bigger mission.

Debbie: I’m a businesswoman, a mother, a wife, a daughter, and a lover of the Bible.

Why did you decide to partner with American Bible Society?

Debbie: It all started when I heard an advertisement for American Bible Society on a Christian radio station. We gave what we thought would be a one-time gift. Then, about six years ago, I had a vision of handing out Bibles door to door. I told Osvaldo, “I think God wants us to send out Bibles.” We reached out to American Bible Society again and started with 10,000 Bibles. Some went to El Salvador, some to California, and some we handed out with our kids as part of a homeless ministry here in Virginia.

Osvaldo: We quickly learned that when God gives you a vision of what he wants you to do, he doesn’t always give you a plan. But he opens doors. For example, I had a Ghanaian coworker at the World Bank. I asked her, “Do you know anyone who needs Bibles in Africa?” Through her, we learned about the need for Bibles not just in Ghana, but also in Nigeria, Tanzania, Kenya, Sudan, and Egypt. I had known this coworker for several years and we shared the faith, but I didn’t realize there was a window for Bible ministry.

Debbie: Through American Bible Society, we discovered a way to contribute to God’s mission and purpose. Today, we’ve sent 400,000 Bibles around the world. Our goal now: why not 1 million?

Where have you focused your giving?

Osvaldo: At first, we focused on Bible distribution. Then we got involved with translation work in Guatemala—we even hosted a fundraising event at our home! We decided that we wanted to get more involved with the other ways American Bible Society is advocating for the Bible. That’s how we heard about Bible-based trauma healing.

Debbie: When Hurricane Maria devastated Puerto Rico in 2017, the whole island went dark. There was no food or water. We worked with a nonprofit to raise over $3 million for food relief. While we were in Puerto Rico distributing food, we met many pastors. We saw how they had set aside their own trauma to serve the community with the comfort of God’s Word. Through these friendships, we had the chance to tell our brothers and sisters about trauma healing through American Bible Society. In this way, not only did we feed them with food, but we had the opportunity to feed them with something greater: the love of Christ in Scripture.

What do you want your family legacy to look like?

Osvaldo: When God calls one person, he calls the household—including the children! Someday, they will have to decide whether to continue. But we’re committed to doing the work of Bible ministry together as a family.

Debbie: We’ve talked to our sons. We challenged them, “If we give away 1 million Bibles, you must give away 10 million Bibles!” We got the kids involved and committed for our family. I think that tells people about our legacy. That’s how we want to be remembered.

What do you want to say to your fellow supporters of American Bible Society?

Osvaldo: American Bible Society is a great organization that has significant impact on Bible ministry in the United States and globally. Its legacy goes back to the origins of this country. And it’s one way to support the mission of God. You can be part of it.

Debbie: When God calls you to this kind of ministry, you start questioning: am I good enough? We can never be good enough— we’re sinners! But you’re called, so get going! When Jesus calls, you must have a willingness to say yes. Whatever you ask of me, yes. The answer will always be yes.