One 15-year-old ran 100 miles in a month to provide Bibles to rural Chinese believers. 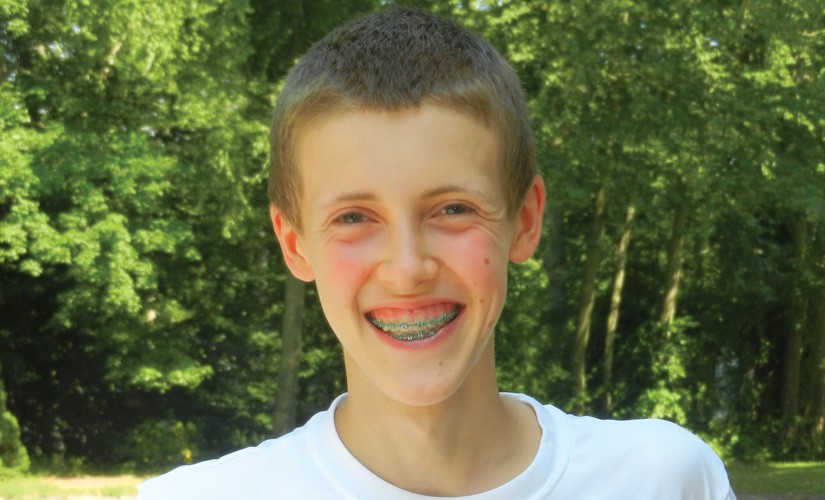 To watch a video of Noah’s amazing story, visit ABS.Bible/RunForBibles

The walls of Noah Barnhart’s bedroom are covered in medals from high school cross country and track meets. But in July 2016, Noah decided to run for a much bigger prize—to share God’s Word with people in China.

It all began when Noah heard a missionary explain the urgent need for Bibles in rural China. This sparked a desire in him to do something great for God. Rather than making excuses about not having enough money or being “just a kid,” Noah decided to use his athletic ability to bless Chinese believers through the gift of God’s Word.

Every day in July, Noah faithfully ran three miles through the woods and along the coastline of his hometown in Connecticut. And by the end of the month, Noah had raised $2,411 to provide Bibles in China, blowing away his original fundraising goal of $1,000.

Rather than chalking up this success to his own abilities, Noah gives all the glory to God. For him, it’s straightforward: “God wanted more money to be raised.”

And although Noah was running to bless others, he found himself blessed in the process.

Noah mailed the money to American Bible Society along with a personal letter that said, “I would like to thank you for providing a path that allowed me to send the greatest possible number of Bibles to China.”

In October 2016, just three months after Noah completed his 100-mile challenge, a team from American Bible Society delivered Noah’s Bibles to China’s East Lisu people, who had been waiting 100 years to receive God’s Word in their heart language.

By covering the cost of paper, which is merely $1 per Bible, Noah helped provide a Bible to 2,411 families in rural China. And with an average of three to four people per family, Noah’s gift is impacting thousands of people.

“If I could say something to the people in China that got my Bibles, it would be that I hope they use the Bibles to their and other peoples’ benefit and bring others to Christ through the Bibles,” Noah says.

Noah views his gift as a small part of God’s big plan, and he encourages believers across the world to use their time and resources to build God’s kingdom.

“For people who feel like they don’t have anything to give to God, I’d say that if you’re creative and use what you have for him, he’ll give you more,” Noah says.

Partner Profile: Faith as Small as an Earring

One shop owner is using fashion to get Bibles into people’s hands around the world.

Opening Doors for a New Generation of Bible Ministry Volunteers