You won’t believe what a Liberian man named Abraham was planning to do before you stepped into his life with the Bible. 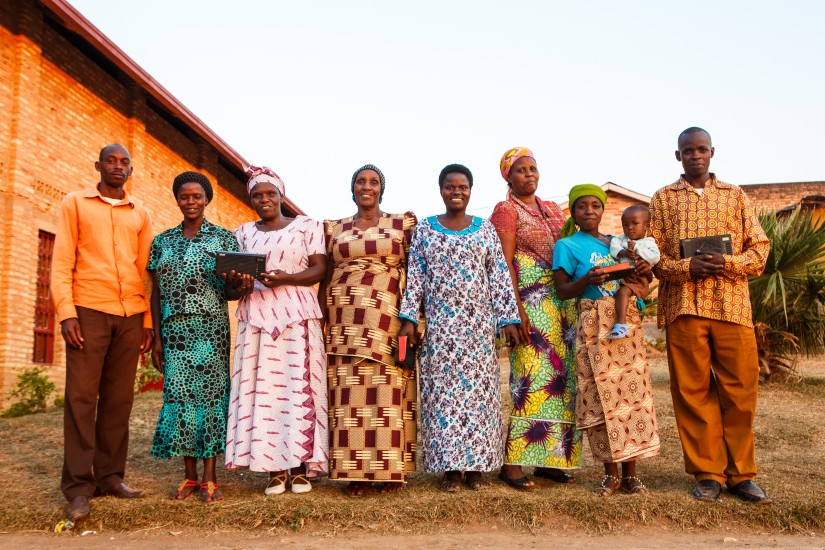 If only he could find a place to hide.

A hiding place wouldn’t be so hard to find in the city, where endless rows of paved streets and tall, colorful buildings could shield him from suspicious eyes. Here, most people knew who he was. What if the villagers recognized him? What if they caught on to the fact that Abraham had not returned to visit his father?

He had come home to rob his father.
Abraham’s father owned one of Liberia’s enormous rubber farms, where sticky, white latex is harvested from the veins of rubber trees—destined to become car tires in the world’s massive automotive industry. It is a smelly business, thick with the stench of burning rubber. But it is a lucrative business.

Abraham wanted to rob his father.

So, Abraham asked his father for enough money to move to the city. His father agreed—that is, until Abraham’s lavish lifestyle kept him coming back for more and more and more. Eventually, his father put his foot down.

“My father decided to deny me,” Abraham remembers. “He couldn’t understand what I was doing with the money.”

That’s when Abraham’s friends planted a new idea in Abraham’s head. If Abraham’s father refused to give him more money, then Abraham would simply have to take the money for himself.

And that’s when he spotted the perfect hiding place.

It was a group of young people just like him sitting in a circle. In the center of the circle was a small audio device, like a radio. But they weren’t listening to music or to a news broadcast.

They were listening to the Bible.
You see, Abraham had stumbled upon a Scripture listening group organized by the Bible Society in Liberia.

Along with the JESUS film, audio Bibles are one of the primary tools that Bible Societies use for evangelistic outreach. Small groups of 10 to 20 people listen through the New Testament together in manageable chunks. They conclude each meeting by discussing what God taught them about Jesus in that passage of Scripture.

Listening group members even receive their very own print Bible or New Testament from the Bible Society as a graduation gift. With the encouragement of local churches, new converts continue the lifelong practice of spending time with Jesus in the pages of the Bible.

Abraham didn’t care about any of this, of course, as he slipped into the circle of listeners. He just wanted to escape the notice of his father until his mission was complete.

But God had other plans for Abraham.
As he huddled among the members of the Scripture listening group, trying to blend in, Abraham could not help but overhear the dramatic reading booming forth from the black audio player.

There was once a man who had two sons.

At first, he didn’t think much of it.

The younger one said to him, ‘Father, give me my share of the property now.’

The others were here to listen to the Bible, not him.

So the man divided his property between his two sons.

But then again, hadn’t he heard this story before?

After a few days the younger son sold his part of the property and left home with the money.

Yes, there was something eerily familiar about this story.

He went to a country far away, where he wasted his money in reckless living.

Hot tears welled up in Abraham’s eyes.
As he listened to the parable of the Prodigal Son from Luke 15:11–32, Abraham became undone.

Thanks to you, Abraham gave his heart to Jesus!

Regret burned within his heart because of all he had done—and had been planning to do—to his father. Ironically, all eyes were now staring at the sobbing young man who had been so desperate for a place to hide.

The pastor in charge of the Scripture listening group came over to check on Abraham, and the whole messy story came gushing out. His father was summoned, and Abraham confessed everything. The prodigal son had returned home.

Now, Abraham’s life is completely different. He’s making an honest living alongside his father once more. “My life has changed for the good,” Abraham rejoices. “I am helping my father more than before.”

But the biggest change in Abraham’s life—the one you made possible through your provision of God’s Word—is the change that happened in this would-be thief ’s soul:

“I have accepted Christ as my Savior!”

Share the message of salvation with even more unreached people! Give.Bible/GodsWord