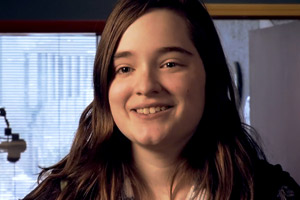 Ariel Miller, once a desperate caller, now volunteers at Remedy.fm to minister on-air to teens in need.

Ariel is 19. A self-described perfectionist, she says she felt the need to “punish herself” from an early age. By her first year of high school, Ariel had resorted to cutting herself daily. Lying on her bed one night, she remembers experiencing so much pain that she finally asked God to let her die. Days later, she told her mother that she planned to commit suicide. Then, Remedy.fm entered into the mix.

In a culture that inundates teens with temptations all around, Remedy.fm offers a cure. The web-based radio station conducts live broadcasts every day, using music as a vehicle to reach young people in 186 countries. Listeners call in and describe an issue they're wrestling with, and the VJs (video jockeys) conduct biblical counseling on the air.

Remedy.fm “uses the web to chat with kids, to listen to what they're going through, and to love them where they're at,” says Clinton Faupel, the station's executive director. In the last six months they've had more than 30,000 Internet chat conversations with struggling teens, dealing with “every kind of issue that would make all of us blush.”

Faupel believes they hold the key to all these messy subjects — the truth of Jesus Christ contained in the pages of Scripture — and that's exactly the thinking behind “The Cure” Bible. Produced by American Bible Society and Remedy.fm, The Cure Contemporary English Version Bible features 52 weekly devotionals and a 12-page New Believer's Guide, helping youth engage Scripture daily.

ABS partners with Remedy to “bring the non-changing truth of God's Word into an ever-changing culture,” says Faupel. “We get to introduce them to hope, to the truth, to a way to live life that even if the storms come, if their house is build on the rock, they can have a future.”

Now it's been two years since Ariel has injured herself. She currently works with the station as an on-air volunteer, and continually hears testimonies of how the Bible has changed young people's lives, just like hers. Cured of her afflictions, Ariel has found a new purpose in the service of her Lord.

The Poppy and the Cross: A Retired Army Colonel Reflects on Memorial Day

One American Bible Society financial partner shares God's Word where it's needed most.