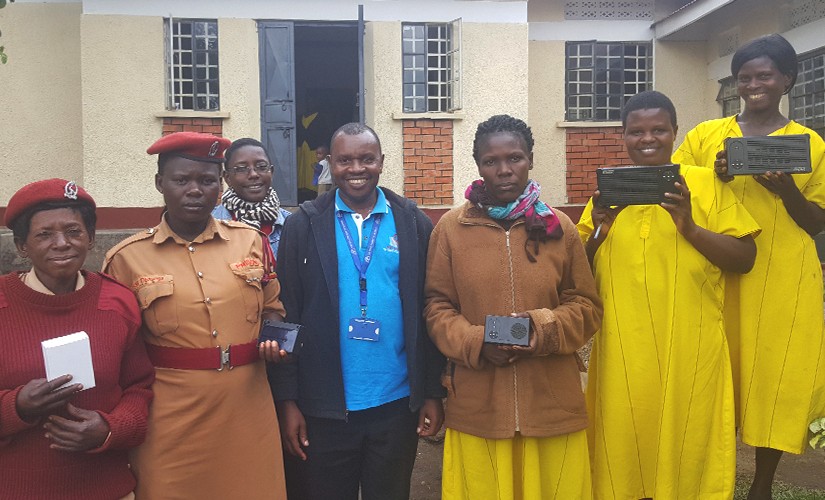 Thirty-year-old Chandiru* lives in Uganda. From childhood, she rebelled against her parents. She left home and married when she was only 17 years old. For much of her life, she says, she was a “hot-tempered, quarrelsome, fighting woman.”

One day, Chandiru’s husband returned home drunk. Because Chandiru had not prepared food for him to eat, they began to fight. Chandiru overpowered him and hit his head with a hoe handle. Although she ran away, she soon heard that he died on the way to the hospital. She was arrested three weeks later and sentenced to 18 years in prison.

While in prison, Chandiru discovered that many inmates listened to Audio Bibles on devices called Proclaimers. Uninterested, she focused instead on mourning her “lost life.” But the prison’s cells were small, and she found herself listening to her cellmate’s Audio Bible in her Lugbara language. “One Saturday evening, I heard the story of the prodigal son in Luke 15,” she remembers. “I cried bitterly and thought, ‘I am the prodigal son.’”

Now, she is reconciled with her parents. Instead of fighting, she mentors her younger siblings and encourages them to pursue peace at home. “I feel a big conviction to teach my siblings to obey and love our parents, so that they don’t end up like me,” she explains.

Transformed by Christ’s words, Chandiru hopes to share God’s peace with many beyond her own household. “My prayer is that God will help me to preach like John the Baptist, who baptized many people,” she says.

Among Uganda’s nearly 50,000 prison and jail inmates, trauma and aggression are widespread. So is illiteracy. But thanks to the generosity of American Bible Society’s financial partners, Audio Bibles are changing hardened hearts.

How to Find Sabbath Rest in a Globalizing World

A Gleaning from the Q Conference