This is the first in a series on Bible Literacy.

My big assignment last summer was with the team assembling the Faith and Liberty Bible to launch alongside American Bible Society’s new Faith and Liberty Discovery Center this spring. Our scholars combed through thousands of documents from the Pilgrims to the present. The book we produced is a historical application study Bible featuring use of Scripture in American society.

It was no rose-colored project. We covered revivals and revolutions and reconstruction, repression and rebellion and resiliency, rights and rules and reforms. Not everyone used the Bible well, or consistently. They misread it, as we often do. But they used it. They knew the Bible deeply, and they used the Bible in public life at a scale—and subtlety—that shocks us today.

For me it was also a crash course in American history. Through this lens I discovered that, until recently, knowledge of the Bible was so widespread that it became for Americans a common language, a common grammar, and a set of common aspirations. It was not the only influence on American ideals and institutions, but it was unarguably the primary one. People from all backgrounds saw their lives and challenges in the light of the Bible’s stories and images. They drew on biblical wisdom. And on balance, when they used the Bible, its values and teachings led to public virtues, unifying ideals, and growing liberty.

Slaves and senators alike appealed to the Bible to call out and correct injustices. They looked to it for wisdom on living together with all their deep differences. Widespread biblical literacy brought Americans, at the very least, unifying values and a common ground from which we could argue with each other, rather than shout past each other.

After a day immersed in this history, quitting time was a jolt. I left behind the stories of our founders and builders and reformers—and found too many reminders of their warnings. Returning to pandemic and protests and politics, I felt the change in tone and terms.

What the Adams family knew

John and Abigail Adams stood out in our research as prolific writers, but they were typical of their time in biblical knowledge. Their famous correspondence to each other, to their children, and to friends like Thomas Jefferson, teems with biblical quotations and allusions. Abigail drew effortlessly from Genesis to Revelation as she told her husband in Philadelphia about the British siege across the harbor from their Boston home, the death of close friends, and what she felt about slavery. John drew on the Bible in his youthful diaries, in his court cases, and in his work writing and defending the U.S. Constitution.

Among John Adams’s more famous—and unsettling—statements is that the U.S. Constitution was “made only for a moral and religious people. It is wholly inadequate to the government of any other.” He and his wife saw the Bible as a necessary source of good government—and of building the civic and personal integrity that is essential for sustained liberty.

They passed on knowledge and habits to their children, especially their oldest. Like the British parliamentarian and abolitionist William Wilberforce (a founder of the Bible Society movement), John Quincy Adams spent at least an hour each day in Bible study, and this during a career that included being ambassador, secretary of state, congressman, and U.S. president. He was also a vice-president of American Bible Society and himself a prominent abolitionist—one of many examples of the inseparable (but now invisible) connection between the Bible and abolition.

Many other figures also stood out for bringing Bible knowledge into public life. I met Ida B. Wells and Frederick Douglass. I had known of Phillis Wheatley and Martin Luther King Jr., but I discovered Jupiter Hammon and Maria W. Stewart. I knew Benjamin Franklin, Abraham Lincoln, and Theodore Roosevelt, but I met William Penn, James G. Birney, and Philip Jaisohn. I’ll be looking for more on John Jay, William Seward, Jane Addams, and George Marshall. I’m still thinking about parallels across the centuries in the stories of Sojourner Truth and John M. Perkins.

One thing they all have in common is that their lives make little sense when we miss the influence of the Bible on their thinking. None of them lived in peaceful times. Each faced overwhelming struggles. But they found strength in the Bible. Even in deeply divided moments, they knew people around them would understand and appreciate public appeals to biblical wisdom. Not anymore. Several times while editing their writings, I was embarrassed to see allusions I had missed while reading. And I was looking for them!

The pursuit of happiness hits a snag

In a recent trailer for an Amazon video series, Jeremy Clarkson compares himself to Moses striking the rock for water, and a young British farmer asks, “Who’s Moses?” How many American college students could answer him?

Many scholars argue that the Great Awakening of the 1700s (which sparked Bible reading across every sector of the colonial and enslaved populations) led to the formation of a national American identity that made possible the American Revolution. Today, the book that helped shape the nation feels foreign to many of us—even scary. We can’t navigate it. We don’t know what’s inside. Few people now use the Bible in public life. And that makes it easy to ignore, defame, and distort its message.

It’s no great stretch to connect our shaky grasp of this book with our current crisis of identity, national and personal.

What is replacing the Bible’s common ground? Most young Americans today know more fictional trivia from the Marvel and DC Comics universes than any biblical story. Many even view their lives and aspirations through cinematic heroes and themes. “With great power comes great responsibility”—is that Spiderman or Second Hezekiah? We know more of Harry Potter and Hagrid than Hagar and Potiphar (though at least the Bible infuses Rowling’s stories).

Americans do continue to look to common values like liberty, love, equality, justice, unity. But ignorance of the Bible leaves these values untethered and unpersuasive—certainly not binding, maybe not worth defending. It’s hard to build a life or a civilization on connections forged in trivia. Many who still know the Bible do not know how to apply it outside their personal lives. We are abandoning a proven guide for pursuing the common good.

Set aside the question of blame. Bracket (for the sake of argument) the truth claims of the Bible, its healthy ordering of life’s priorities, its comfort in trials, its wisdom for human relationships, its undeniable contribution to human freedom and creativity. On a civic level, ignorance of the Bible cuts off Americans from our own values, from understanding our own ancestors, from the hard-earned lessons of a history we dare not repeat. It cuts us off from belonging to each other.

Bible literacy is not everything, of course. People still debate the legacy of Woodrow Wilson, who essentially launched his campaign for the presidency with a 1911 speech on “the Bible and progress” (and asked his listeners to join him in reading the Bible daily). But even assessing him requires biblical literacy, for “progress” is building on the past, not starting over.

We can welcome new voices into the public square without being so unjust as to push out those who were there already. There is no wisdom in forgetting those who built, expanded, and maintained that square. As we seek to make wise choices in our common life—and personal lives—we should argue over competing values and philosophies, over biblical application and interpretation, over rights and responsibilities, over character and integrity, over tradeoffs and results.

We can find inspiration and confidence for recognizing and addressing the challenges of our own day in recovering the biblical knowledge that helped form John and Abigail’s call for virtue, Douglass’s critical appreciation of our institutions, Birney’s costly integrity, Wells’s courageous quest for truth, Perkins’s transformative forgiveness. Recovery of biblical literacy can reconnect us with the values and institutions that have drawn so many generations of immigrants here—and help us act today in solidarity with heroes of the American past.

Later in this series

What could Bible literacy look like today? Practical steps you can take for yourself, your family, and your church. Good Bible literacy programs. A national coalition for Bible literacy? How Bible-driven people have promoted liberty, reform, and public virtues. 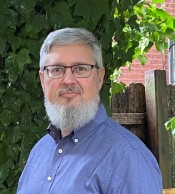 Peter Edman is director of content and quality assurance for American Bible Society and executive editor of the Faith and Liberty Bible. He holds a master’s degree in religion and literature from Yale Divinity School. He and his family live in Philadelphia.