Laborers for the Gospel: Celebrating the Legacy of Colporteurs

In the age of smartphone apps and overnight shipping, it can be hard to imagine the time (not that long ago) when having access to a Bible in America was a rare and precious gift. But for much of American history, families just like yours depended on volunteers from American Bible Society who were willing to leave their homes to deliver Bibles to people who needed them. These traveling Bible carriers were called colporteurs, and this Labor Day, we remember their service to the Bible cause.

Faithful believers have carried the gospel to the ends of the earth since Jesus told his followers, “Go, then, to all peoples everywhere and make them my disciples” (Matthew 28:19a GNT). However, colporteurs served primarily in the 19th and 20th centuries. Their mission was to sell and distribute Bibles, Scripture portions, and biblical resources, helping people in bustling cities and remote locations around the world receive and engage with God’s Word.

In the United States, American Bible Society colporteurs helped spread the Bible’s message across the young nation. Each colporteur followed the same basic pattern for their work, visiting individual households and seeking out the destitute and neglected in society. Bibles were offered at standard discounted rates, making them affordable for most families. Thanks to American Bible Society’s generous partners, free Bibles and Scripture resources were provided to those who could not afford them. Most people received colporteurs warmly, inviting them into homes and asking them to read God’s Word aloud or preach in churches.

Colporteurs were often responsible for visiting towns and cities in multiple states. For example, Miss S. E. Harris, the first African American woman to work as a full-time colporteur, covered a large territory that included Mississippi, Louisiana, and Oklahoma. Colporteurs would travel between stops on horseback, by bicycle, by train or car, or even on foot, walking great distances to reach rural towns. With so much territory to cover, colporteurs spent most of their time on the road, and it was easy to feel homeless. One colporteur remembered a moment when Luke 9:58 became real to him: “There I was, standing with two suitcases, in weeds towering almost head high. I then for the first time could repeat in the true spirit of the Master – ‘the foxes have holes, the birds of the air have nests, but the Son of Man hath nowhere to lay his head.’”

Still, these men and women pressed on, determined to carry God’s Word to every person within their territory. Colporteur J.A. Benton shared the story of his climb up the side of a mountain to find a woman and two children living in a shack. When he showed the woman his supply of Bibles, she was overjoyed. “I am so glad you came to bring me this Bible,” she said. “No agents of the gospel ever come here.”

Abroad, colporteurs faced added challenges. There were the logistical issues of shipping Bibles overseas and the red tape of customs. While traveling, American Bible Society agents and colporteurs, who worked side-by-side with international Bible Societies and missionaries, faced treacherous routes, sickness, and even persecution for continuing to spread the gospel and holding religious services despite restrictions from the government. One report from Central America told the story of a colporteur who was hunted by several local men. When they could not find him, they took all his Bibles, notes, and belongings from his lodging and threw them down a well. Another colporteur disappeared while traveling and was feared dead until he was found in a local prison.

As they traveled, colporteurs often became first responders to major conflicts and disasters. In 1876, colporteurs in Europe became caught on the front lines of the Russo-Turkish War. Instead of abandoning the region, they distributed Bibles to soldiers, visited military hospitals, and provided Scriptures, food, blankets, and shoes to refugees. By the end of the two-year conflict, they had distributed 242,000 Scriptures in 15 languages. And in 1927, American Bible Society colporteurs distributed more than 50,000 Gospels and 2,000 Bibles to African American communities devastated by a major flood along the Mississippi River. Today, the legacy of colporteurs lives on in American Bible Society staff and volunteers who have carried the comfort of God’s Word to communities after tragedies like 9/11 and Hurricane Katrina.

Through the perseverance of colporteurs, churches throughout our nation and around the world were strengthened and Bible ownership became a reality for millions. This Labor Day, we thank God for these men and women who labored tirelessly to advance the Kingdom of Heaven—our “partners working together for God” (1 Corinthians 3:9a). 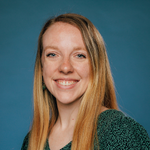