A New Day for the Gospel in Cuba

The rapid growth of the church in Cuba has created an urgent need for Bibles. 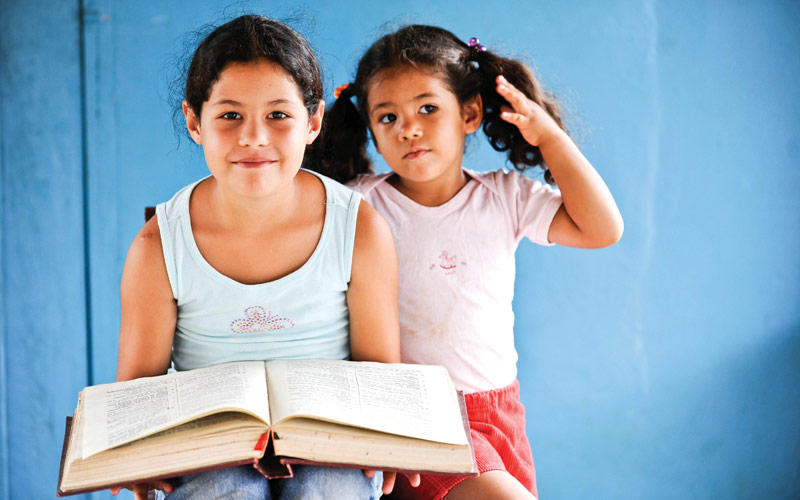 On the surface, life in Cuba has not changed much in the last 50 years. People work. Schoolchildren play in the streets. The trade winds blow.

But much is changing behind the scenes, not least with the Church. Both Catholic and Protestant churches in Cuba are known for their emphasis on evangelism, and for more than ten years, God has been blessing Cuba’s churches with unprecedented growth. The Catholic Church now has more than a million active members, and the number of Protestant Christians has increased threefold over the past decade to at least 900,000. Total, that’s around 20% of the 11 million people in Cuba—and rising.

With all this growth in a country with near-100% literacy, the demand for Bibles is high, even among non-Christians. But there are few available. Even digital Bibles have been out of reach of the population due to Cuba’s notoriously poor, expensive and highly regulated Internet connections. Most people cannot afford a Bible even if they can find one.

Often new believers—and even pastors—have no Bibles for discipleship. Our partners estimate that 40% of Christians have no Bible, and another 35% have Bibles that are simply worn out. Church leaders are also eager for their congregations to take advantage of recent Bible scholarship and encounter the Bible in more accessible translations.

In December the United States announced that it would begin to normalize relations with Cuba for the first time in more than 50 years. The consequences of this decision are still to play out, but it has the potential to open Cuba to fresh influences, including a significant opportunity for the growing church in Cuba.

Not only is the church here ready to seize this opportunity, it is ahead of the news. In response to urgent requests of Cuba’s Christians, American Bible Society has already launched Cuba: Million Bible Mission. The program began last year with a goal to bring one million Bibles to this island nation over three years.

In 2014, the Cuban government permitted ministry partners to import 60,000 Bibles printed in Korea. These Bibles have already reached churches, students, pastors and prisoners across the island. “The impact with these materials has been big, especially when the need of them is so big,” says Rev. Alain Montano Hernandez, general secretary of the Biblical Commission of Cuba, which has for many years been a key Bible Society partner.

In preparing for the Million Bible Mission, the Biblical Commission coordinated with churches in Cuba to create distribution centers across the island. Because of their hard work, today it is possible to print and deliver a Bible anywhere in Cuba—whether to a teacher in Havana, a new believer in prison, or a pastor in a remote village — at a cost of only $5.40.

The Rev. Orlando Fernandez has distributed a sizeable portion of this first Bible shipment. He leads biblical training programs for pastors in the Catholic Archdiocese of Havana. “The arrival of the Bible in Actual Language Translation (TLA) with the Lectio Divina method has helped us,” he said.

“We are training all the Catholic people to read the Bible with this spirit of prayer. We’ve been sensitizing the clergy from many dioceses . . . and it’s well-fitting for our evangelism [mandate]. These texts have been of positive impact to the Catholic Church due to the simple language and easy comprehension.”

Father Orlando explains that he and his pastors are deeply grateful to the Biblical Commission for making these new Scripture resources available and collaborating to serve the church. “We pray that God bless abundantly all those who support the evangelization of our people with this valuable media.”

Start your Easter Sunday by celebrating Jesus, the one who defeated death

Honoring Hispanic Leaders of the Bible

How Can You Celebrate International Day of the Bible?