A Prisoner Hides God’s Word in His Heart

“The Bible has been very important to me,” says Alexander. 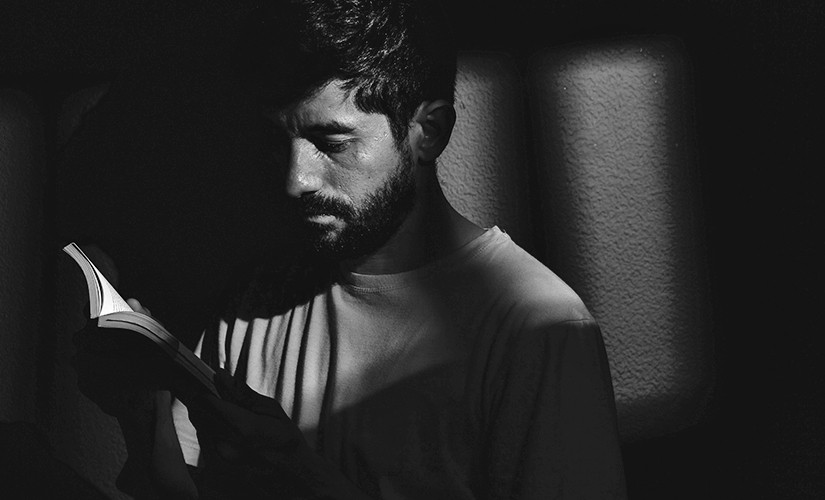 Alexander* doesn’t talk about what he did to land in prison in Vienna, Austria. But he is quick tell you that God is helping him survive.

“At first, I considered my life messed up and I wanted revenge. But now I am calm,” says 44-year-old Alexander. According to Alexander, that calmness comes from reading God’s Word.

Almost as soon as he entered prison, Alexander asked for a Bible. He didn’t know much about Scripture, but he had a feeling it would help him deal with his situation. Little did Alexander know that God’s Word would set him free — not from prison, but from the anger and frustration that were ruling his life.

“The Bible has been very important to me from the beginning,” he says. “I started with the first book of Moses until it started to confuse me.”

A pastor suggested Alexander not start at the beginning, but with the Psalms and the Gospels. As he continued to read, Alexander came to understand Jesus’s role in his life.

“That was a good first step into the Bible and to learn about Jesus as a person,” Alexander says. “His life and his courageous steps and words make sense to me now.”

Alexander moved on to other books of the Bible, but he returns regularly to pray the words of Psalms 23, 121, and 139.

“Even though I walk through the valley of the shadow of death, I will fear no evil, for you are with me,” he recites from Psalm 23:4.

Because of American Bible Society’s financial partners, Alexander is making the most of his time behind bars. With God’s Word hidden in his heart, he will leave prison a new man.

“I know one fundamental thing: I can rely on God, always and anytime,” says Alexander. “He gives me strength to endure everything.”

God’s Word for Soldiers Serving on the Frontlines of Ukraine

Ukrainian military members are grateful for the comfort of Scripture.

When 95% of students didn’t have Bibles, your giving changed everything