After Her Son Died in Combat, a Grieving Mother Found Strength in the Bible 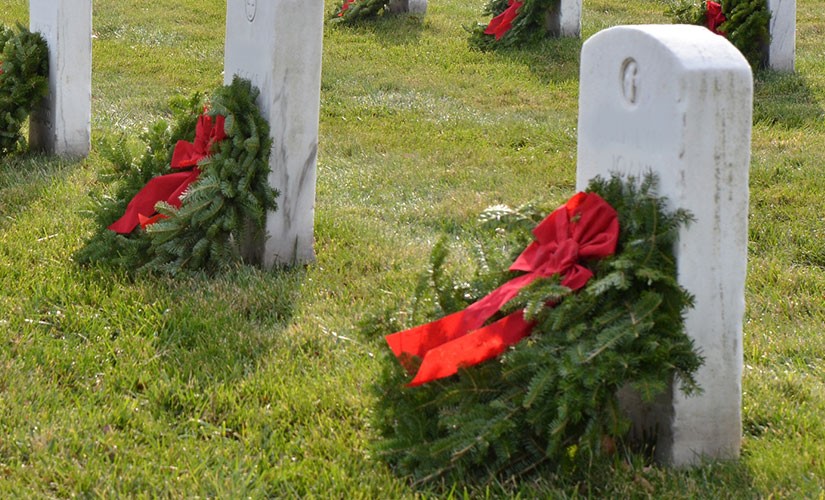 Chaplain Michael Avery’s* truck rumbled up to the National Cemetery around 8 a.m. A handful of people were already roaming the vast cemetery to participate in Wreaths Across America—a ceremony that honors fallen heroes by decorating their gravestones with Christmas wreaths.

The woman’s youngest son had been killed in Afghanistan two years prior, and she still had two children serving in the Navy. When Chaplain Avery noticed a blanket spread out in front of her son’s grave, he suspected that she had been in the cemetery for quite some time. “I asked how long she had been there,” says Chaplain Avery. The woman explained that she had hopped the cemetery fence at midnight—something she did frequently.

All of a sudden the woman fainted, nearly crashing into the headstone. Chaplain Avery caught her and spent some time caring for her. “After a long talk about her son… she realized she was not in a good place in her mind and soul,” he says. He exhorted the woman to live courageously, as her son had. “She promised me she would follow her son’s lead, not only as a soldier, but also as a Christian,” says Chaplain Barlow. After their talk, he saluted the headstone, saying the fallen soldier’s name out loud.

“She wanted to walk with me back to my truck,” says Chaplain Avery. At the truck, he had a gift for the woman—a special Military Edition Bible from American Bible Society. “She was floored that it was Navy,” says Chaplain Avery, referring to the custom Navy Bible cover. “She flopped it open and the passage it opened to was Ephesians 6,” he says. He had only just referenced the armor of God while ministering to her at the headstone. “We both got emotional over that,” recalls Chaplain Avery.

The wreath-laying ceremony continued as planned, but both Chaplain Avery and the woman were changed by their encounter. “When I saw her later at the event… she was holding the Bible. She smiled and looked more at ease,” says Chaplain Avery. “She held it up for me to see… I took a deep breath and nodded at her.”

And Chaplain Avery’s ministry didn’t stop there. “Before the day was over, I had talked with six widows and mothers at headstones and given out six Bibles. It was an indescribable day,” he says, expressing thanks for the Bibles from American Bible Society’s Armed Services Ministry. “They do make a difference.”

*Names have been changed to protect the identity of U.S. military chaplains.

Hope on the Front Lines

From left to right are Shelley Breen, Leigh Cappillino and Denise Jones of Point of...