God's Word is taking root in a hostile land--one heart at a time. 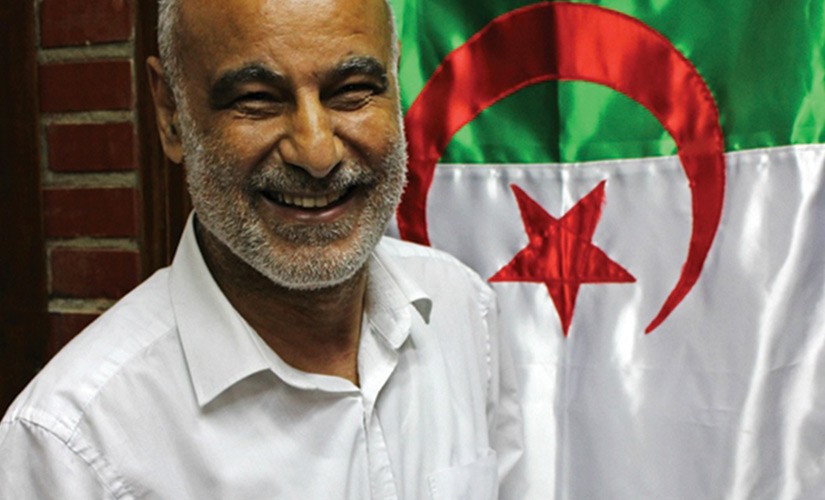 When Idir surveys the rolling hills of Northern Algeria, he admires far more than the natural beauty of his homeland. He admires the bravery of his Christian brothers and sisters in Algeria.

“In the early 2000s, Christians here used to meet in hiding—under the trees, in the mountains,” Idir says. “It was what the churches were like in those days! [That was] also when the first Gospels were distributed in our area.”

At the time, Idir was a Muslim, just like 99 percent of people in his country. He also sold drugs to fuel his addictions to drinking, smoking and using drugs. But everything changed when he read the teachings of Jesus in Luke’s Gospel.

“This was so different from anything I had ever heard,” Idir says. “It spoke of love and peace and hope. I was feeling so tired and discouraged and wondered if Christ could be the way.”

In 2009, Idir finally turned away from his addictions and fully embraced faith in Christ.

Stories like Idir’s are increasingly common in Algeria. In 1986, Algeria was home to approximately 2,000 Christians. But over the course of 30 years, that number has grown a hundredfold, according to conservative estimates.

Yet although the number of believers has increased, many are forced to practice their faith quietly. In Algeria, publicly dissenting from Islam is a dangerous proposition due to social opposition from the Muslim majority. Many new Algerian believers—especially women—cannot safely attend a church meeting.

By providing opportunities for discreet Scripture engagement, Bible Society in Algeria, with support from American Bible Society’s financial partners, is reaching believers, including new Christians like Idir, with the hope of God’s Word. And backed by Scripture, Northern Algeria’s spiritual revival is continuing, albeit quietly.

One way believers in Algeria can more safely access the Bible is on their mobile phones. A young Algerian man named Yacine, who started reading the Bible by himself in 2012, says he feels more comfortable reading Scripture on his mobile phone when he is in public.

“It strengthens my faith. It guides my life. It is a treasure,” Yacine says about the Bible. “I love this verse in Psalm 94: ‘Lord, how happy are those you instruct, the ones to whom you teach your law!’ “

But technology is not the Bible Society’s only means of sharing God’s Word. As the only authorized provider of Bibles in Algeria, the Bible Society has partnered with Christian radio and television outlets broadcasting into the country. When audience members contact a radio or television station and ask for a Bible, they receive contact information for the Bible Society.

Delivering a requested Bible without risking the safety of the intended recipient can take years.

Take Damali.* As an illiterate woman who rarely leaves home by herself, Damali is one of the Bible Society’s most typical recipients of audio Scriptures in Algeria. Several years after contacting a radio station for more information about Christianity, Bible Society in Algeria safely delivered Damali an audio Bible through her neighbor.

But the endeavor was risky. When Damali’s brother discovered that she had become a Christian, he locked her in a room for three weeks. When he finally let her out, he told her, “Anything you do wrong, I’ll cut your throat.”

Yet God is using his Word to change hearts in Algeria—even those who were once utterly opposed to Christianity.

A woman named Samira shared, “There was a [Christian] girl I persecuted. Yet it is through her that I heard the gospel for the first time!” Samira says. “God has amazing ways.”

Unsurprisingly, Samira latched onto Jesus’s teaching in Matthew 5:44, “Love your enemies and pray for those who persecute you.” Today, she is encouraging her family to read the Bible and follow Jesus.

“There are things I try to explain to them and I can’t find the words,” Samira admits. “Then I turn to the Bible and suddenly everything is clearer.”

That’s how spiritual revival is quietly spreading throughout Northern Algeria: One by one, people are encountering God’s eternal love and forgiveness in the pages of Scripture.

Idir insists that the revival in Algeria belongs not only to his Algerian brothers and sisters, but also to the entire body of Christ, working together around the world.

“I would like to tell [the] Bible Society’s donors: You are shareholders in the harvest that is taking place right now in Algeria!” Idir says. “It is thanks to you and your gifts of Bibles that thousands of souls are being saved here. Thank you so much!”

*Name has been changed to protect the beneficiary.

Pray for Refugees Around the World

In Botswana, a new translation of the Old Testament is helping the Kalanga people come to know and obey God.