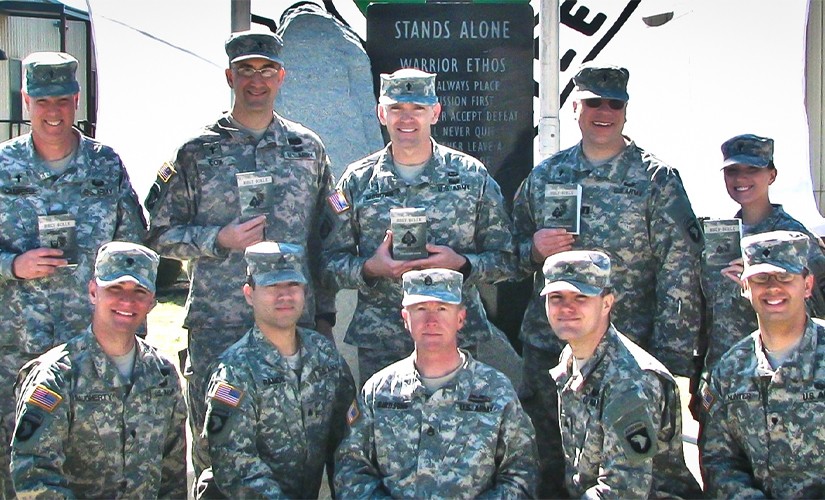 Tom Crandall* knows the power of God’s Word for those who face danger. As a U.S. Civil Service employee serving in the Middle East, he has experienced firsthand the calming impact of Military Scripture resources.

“In the city, there was a small chapel,” he recalls. “The Chaplain received Military Bibles from American Bible Society for the military men and women. I received one. The Military Bible was very good for someone not knowing the Bible; it would help them grow in the Lord.”

Crandall says because of support from caring partners, the Bibles were free to anyone who wanted them. “They were especially helpful to members of the military who took them to the frontlines,” he says. “It’s more dangerous there now than ever.”

By the time he left the city, Crandall says, the little chapel was packed. “There was standing room only with Soldiers of all nationalities, probably representing over 39 differing nations. They would get the Military Bible and take Christ back to their countries. Probably 400 to 500 people were impacted and went back to their own countries.”

Crandall made a habit of sharing the Bibles with Soldiers and others that he came across. “Some of them do not even own a Bible. This Bible is such a great guide in assisting those who have not had a biblical background.”

He still uses the Bible he received during that tour. He also has a ministry of his own and shares Bibles with Veterans and prisoners.

We are grateful for the support of our partners which offers the hope and comfort of God’s word to the brave men and women of our military serving on the frontlines, and the Veterans who have come home.

Freedom comes at a price. Our nations veterans know this full well as they endure,...

Celebrating Pentecost: The Birthday of the Church

Pray for churches as they offer hope to people facing hardships