“From nothing to something.”

An orphaned boy in Kenya learns his value in the children’s Bible you provided. 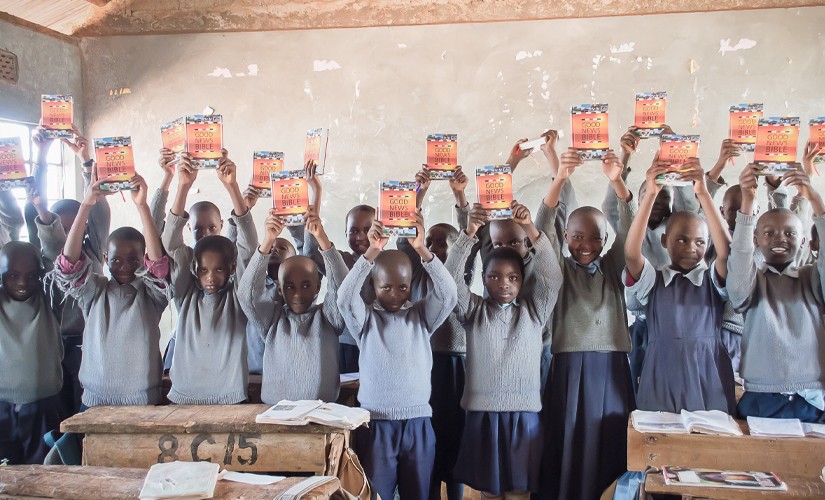 Thirteen-year-old Jacob* has already lived through more tragedy than most people three times his age.

Born in rural Kenya, he became an orphan after his parents died. “I had a lack of food and school fees,” he recalls. Jacob struggled to survive in a thatched mud house.

Many people in Kenya suffer from extreme poverty. In fact, one in four workers live on less than $2 per day. Jacob had no one to look after him except neighbors and friends. But with such poverty in the region, he was often neglected. He had no shoes and was hungry. Can you imagine how abandoned and hopeless he must have felt?

Then, a teacher noticed Jacob’s plight and rescued him by placing him in an orphanage. There, Jacob received not only physical care, but also a children’s Bible of his own, thanks to your support!

After reading his Bible, learning about God, and becoming a Christian, Jacob says, “I felt like a newborn creature. The Bible is a life-changing book.”

Jacob says that without God’s Word influencing his life, “I would be a great thief and a useless person in the community. I’ve gone from pagan to a full Christian.”

Today, Jacob goes to church and even leads devotions, both in school and Sunday school. “The Word has completely changed me and my decision-making.”

Jacob says, “I will always remember what you’ve done. You have changed my life from nothing to something. I pray that God blesses you to continue donating to many other people.”

We are thankful for our generous partners for impacting the next generation in Kenya by providing children’s Bibles so that they can know God.