From Witchcraft to Jesus 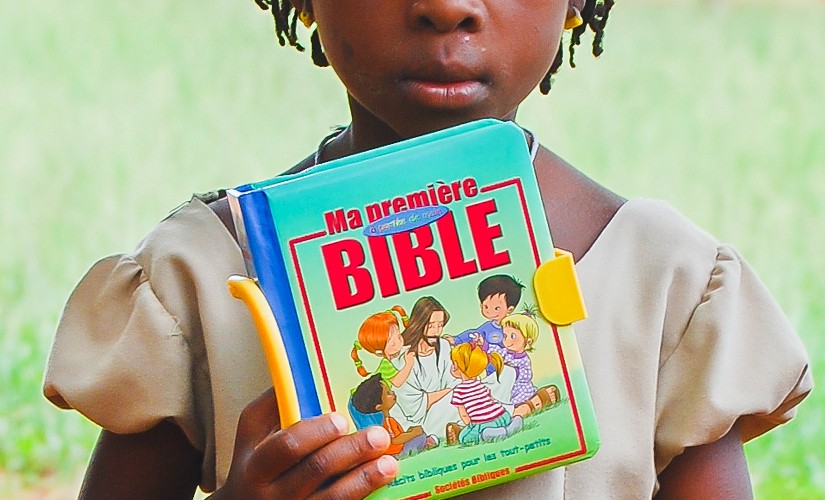 Sylvie* always knew she was special . . . she just believed it for the wrong reason.

“According to my parents, my birth was by witchcraft, which prohibits that my hair should be shaved or combed,” Sylvie says. “I have never used a comb for my hair. The risk, they said, is that I will die the day I dare to do so.”

Like other children of Togo, Sylvie was raised in a pagan home. But then Sylvie received her own Bible because of friends like you.

“This is the first Bible I received in my life. Nobody has a Bible in my family,” she says. At first, Sylvie was afraid. “I did not know what my parents’ reaction would look like because of their involvement in witchcraft.”

As she read her Bible, Sylvie began to see that she was special because of God’s love for her. “I love listening to the stories of the Bible,” she says. “I am very happy to have this Bible, and to know that Jesus Christ loves children and loves me, too.”

Sylvie clings to the pages of her Bible and is grateful that, on occasion, her parents allow her to attend a local church. “I hope that this Bible will bring a change in my life, as well as in my parents, who do not know Jesus,” she says. “I want Jesus to help me grow.”

Children in Togo are highly vulnerable to exploitation. In a country where nearly half of the population lives in poverty, many children are forced to work with little or no pay instead of going to school. These kids have few prospects for the future. That’s why they need the hope and love that comes from a personal relationship with Jesus Christ.

We are grateful to our financial partners for allowing us to place the life-changing power of God’s Word in the hands and hearts of children like Sylvie in Togo and around the world!

“I am surprised to hear Jesus speaking in my language.”

How movies and audio Bibles are pointing people to Jesus