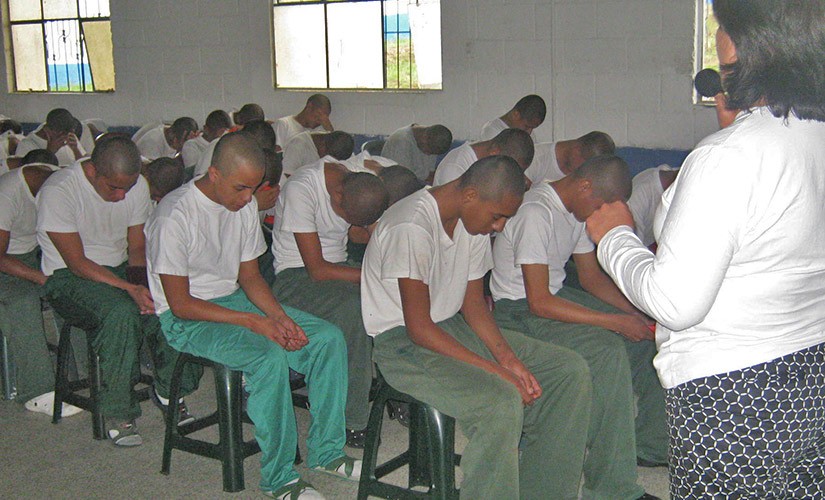 Guatemala City is one of the most dangerous cities in the world, rife with homicides and gang violence. But it is exactly the kind of place where God is transforming lives!

Extreme poverty and hopelessness throughout Guatemala drive many children to gangs, some as early as age 10. These young people have their childhoods stolen from them by gang violence.

Thanks to the support of financial partners, American Bible Society reaches out to thousands of gang members in prisons and detention centers and engages them in the grace and love found in Scripture. These troubled young people not only find eternal hope, but learn how to live as law-abiding citizens by engaging in God’s Word.

Carlos, a former gang member says: “[Gang members in prison] feel lonely…they feel abandoned…they feel like nobody cares. But when you leave a Bible in somebody’s hands, God can do anything.

“I started in the gang when I was 9,” says Carlos. “I ended up in prison three times. I used to love to fight. I used to cry at night in solitaire because there was no hope for me. But that Bible, it’s like having hope in your hands. I asked God to do something in my life. I feel like he transformed my life. God changed me. He can change anybody.”

Another former gang member, Francisco, says: “Before receiving the Bible, I used to be desperate. They went and gave Bibles and I was thinking I was pretty sure that it was not for me.…I took the Bible and I began to read. And in those passages about Jesus’s death, that was something that affected me. Please continue sharing God’s Word.”

“There is a difference,” says 10-year-old Alina. “My life has changed.”

Planting Seeds of Faith in Youth of the Arabian Gulf

They are ripe for the message of God’s love and hope.

Liberia a Nation in Desperate Need of Hope

Bringing God’s healing to the beautiful people of Liberia