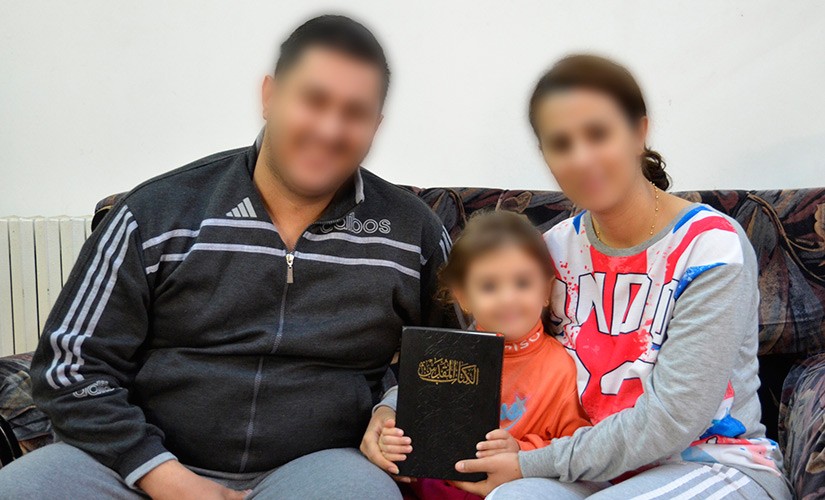 Christians around the world are under siege. Children cannot attend school. Families have been driven from their homes. Lives are in danger.

Across the Middle East and Africa, violence is rampant. Rebels raid villages with guns and knives in the early morning hours. Militants kidnap children. Families are forced to watch as their loved ones are executed.

But thanks to the support of financial partners, American Bible Society is offering encouragement and hope through the power of God’s Word. Volatile regions where support is making a difference right now are:

In these regions, traumatized Christians try to hold onto their faith, but they desperately need encouragement and support. Families have nothing—no food, clothing, shelter, not even a Bible.

But through the generosity of our financial partners, American Bible Society is joining local partners to not only provide practical help, but also to share the hope and encouragement of God’s Word, especially with children like 8-year-old Sarah*.

“The most difficult time is when we had to leave our house and flee from Syria with our mother after [terrorists] kidnapped our father; we knew later that they killed him,” Sarah says.” I am so happy to have this Bible. I keep it with me most of the time. It makes me feel safe.”

Some 6.5 million Syrian children like Sarah have been affected by a brutal conflict that began more than three years ago. Now, 2.8 million children are no longer in school and more than 1 million are living as refugees in neighboring countries.

Our financial partners’ support helps us give Sarah and others like her around the world hope for a better future through practical help, trauma healing programs, distribution of children’s Bibles and more. We are grateful for all who stand with persecuted Christians across the globe!

A roadmap to guide your prayers for Bible translators

The Arab Spring a Year Later

Perspectives from the Bible Societies