Healing a Child’s Trauma with Scripture

Putting a young child’s broken heart back together in Burkina Faso. 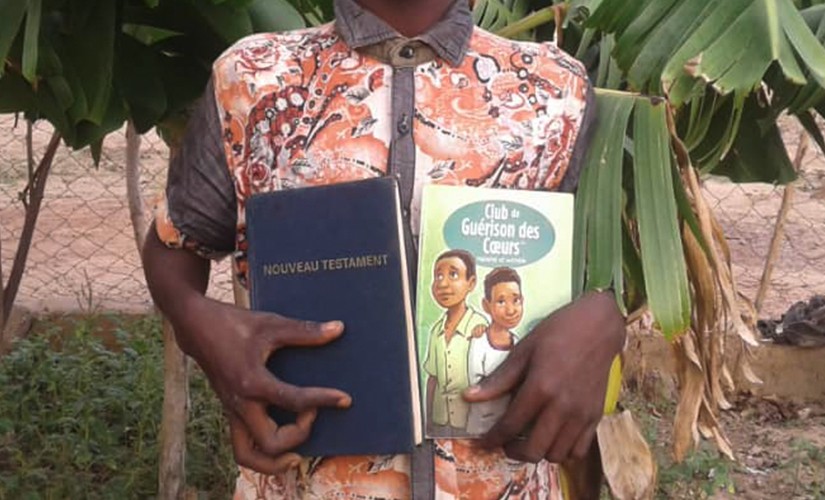 Joseph’s* young heart was broken into a million pieces.

Growing up in poverty-stricken Burkina Faso was hard enough, but Joseph had to do it all alone.

“I lost my father when I was 3 years old, and my mother a year later,” he explains.

“I thought God didn’t love me. It was difficult that both of my parents died. Whenever I hear a child calling his parents, I become sad because I have nobody to call.”

Joseph couldn’t understand why his parents were taken from him. He lived with such utter loneliness and pain that he hated anyone else who was happy.

“I would plan to harm people so that they would become orphans like me,” Joseph admits.

Children like Joseph who are affected by trauma often act out the pain and loneliness they feel inside. Worse, they don’t understand why they are suffering or how to heal the wounds in their hearts.

After the sessions, Joseph received his very first Bible, provided by our financial partners. “It was a moment of great joy!” he says. “Since there is life, there is hope,” the 13-year-old says now. “Jesus is alive and is with me.”

In places like Burkina Faso where Joseph lives, widespread poverty, droughts, and violent conflicts cause such pain and suffering that the trauma healing camps and sessions you make possible are critical.

Through your generosity, God is using American Bible Society to heal children from the wounds of trauma, war, and other tragedies.

Pastor An, who is helping revise the Old Khmer Bible, at the opening of the...