Healing the Wounds of War 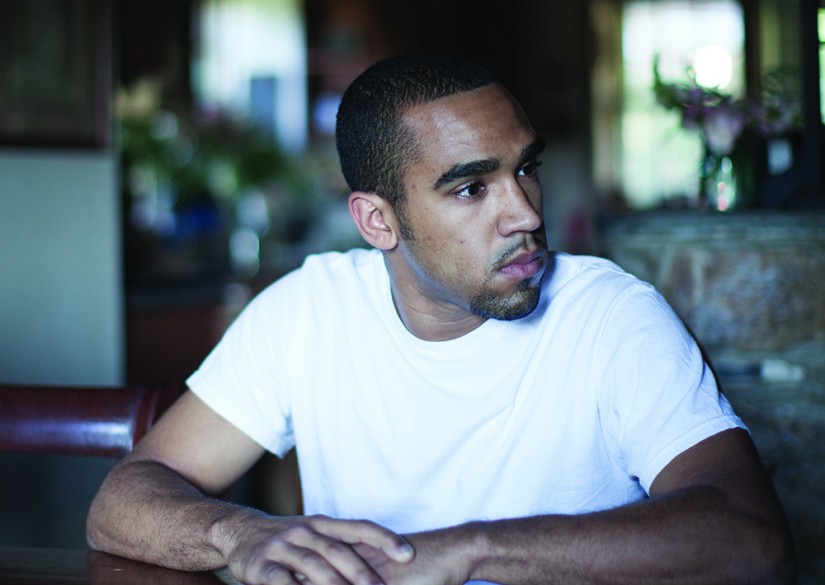 Many veterans struggle with the spiritual, physical and emotional wounds of war, even after returning to daily routines at home.

“If you are tired from carrying heavy burdens, come to me and I will give you rest. Take the yoke I give you. Put it on your shoulders and learn from me. I am gentle and humble, and you will find rest. This yoke is easy to bear, and this burden is light.” — Matthew 11:28-30 (CEV)

When John* entered the Marines, he had every reason to believe in the Lord’s plans for his life. He had a deep respect for God and saw an opportunity to serve his country in Operation Iraqi Freedom. He went to the Middle East with the best of intentions and the purest of hearts.

But an improvised explosive device shattered his ideals. John suffered a traumatic brain injury that caused unexplained seizures, a condition that brought his military career to an abrupt end. When John came home, more disappointment awaited. His injury precluded him from driving, stripping him of his independence and employment options. To make matters worse, John’s personal life disintegrated when his wife told him she wanted a divorce.

He was shattered. “All that I ever hoped for in life is gone,” he said, “my career as a Marine, my marriage, my identity as a contributing member of society. There is no hope for me.”

It’s for people like John that American Bible Society created God Understands, a free Scripture resource that provides encouragement, hope and comfort to veterans, as well as active-duty service men and women, and their families.

Set in the context of real-life counseling situations, God Understands is an eight-part series that features true stories about veterans who face a variety of emotional issues, including anger, guilt and despair. It includes Scripture passages that tie directly to the issues at hand. Questions for reflection give readers an opportunity to go deeper into the Scriptures and into their own particular challenge.

“The Scripture in God Understands allows us to introduce the Word of God in a helpful way,” says Art Pace, executive director of ABS’ Armed Services Ministry. “It speaks just to that particular veteran or service member. The demand for God Understands is its own testimony. We’re just not throwing Scripture at an issue. Scripture speaks to the injury so healing can occur.”

God Understands had its genesis more than 30 years ago when clergy and health care professionals began to assess and document veterans’ spiritual needs. Three decades of research revealed a salient truth: Veterans battled spiritual injuries that prevented them from fully recovering.

These spiritual injuries were classified into eight distinct categories that became the framework for the God Understands booklets. A key point, says Pace, is that the series was written by people who minister to veterans. “Someone in an ivory tower didn’t write God Understands,” Pace says. “Someone who has ministered to people in these situations wrote it. That goes a long way.”

The true stories in the booklets also make an immediate connection to veterans, who often feel isolated by their injury, says the Rev. Sammi Anders*, a minister who uses the God Understands series with veterans.

“The significant traumas that our veterans have suffered often make them feel cut off from God, from others and from themselves,” she explains. “In the midst of each devastating life struggle there is a spiritual crisis, which involves a destruction of meaning and understanding. The inability to integrate emotionally charged memories with one’s understanding of God often produces a spiritual injury.

“There is a remarkable connection between the veteran I’m speaking to and the one in the story,” notes Anders. “When reading the God Understands series, veterans often say, ‘This sounds just like me’ or ‘This could be my story.’”

The title of the series itself introduces God as a loving, caring presence who wants people who are broken and hurting to be whole, says the Rev. Connie Long*, a minister who values the God Understands series.

“The military culture can be unforgiving,” says Long. “It’s easy for members of the military services to think that God must operate that way too. Sometimes that thinking works against healing.

“Research shows that people who believe God is punishing them because of something they did on active duty are less likely to have a successful health outcome. Those who seem to recover more quickly are the ones who don’t think their injury is God’s punishment.” 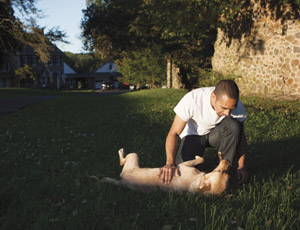 The Scripture in God Understands allows us to introduce the Word of God in a helpful way. It speaks just to that particular veteran or service member,” says Art Pace, executive director of ABS’ Armed Services Ministry. Photo credit: Michael Gibeault

God Understands was originally created for veterans. But activeduty service men and women are ordering the resource at the same rate as veterans, says Pace. This offers a distinct opportunity to address problems sooner rather than later.

But a difference exists between the two groups, says Long. Active-duty service members tend to be young and healthy, while veterans are often injured. Both, however, require a relational approach.

Pace, who served as an Army chaplain for 30 years, knows that active-duty service members often have difficulty expressing their feelings. It was his job to listen and observe their behavior to understand what was going on.

Although God Understands wasn’t available to him during his tenure in the Army, it is most effective when chaplains listen, observe and then offer the resource that speaks to the injury the person is experiencing, Pace says. By discussing their experiences later, service members have an opportunity to delve more deeply into the issue and God’s Word.

Clergy who use the resource affirm the importance of that relational approach. Injured and hurting veterans are often skeptical of ministers who seem more interested in veterans’ conditions than in relating to them as valued human beings. The God Understands series allows ministers to express genuine concern and interest in veterans. Once ministers offer one of the booklets, they have the chance to explain that veterans aren’t alone. And in God Understands, they can read about others who have experienced similar emotions and feelings.

A gain, this relational connection often piques their interest. It’s a progression that begins with trust and openness. Time and again, God Understands has restored hope and healed hearts. It has direct application for a distinct audience and has made a difference in the lives of many men and women who have dedicated their lives to serving our country.

*Names have been changed.

Longing for the Lord