Catholic pilgrims engaged with God's Word at the 2015 World Meeting of Families. 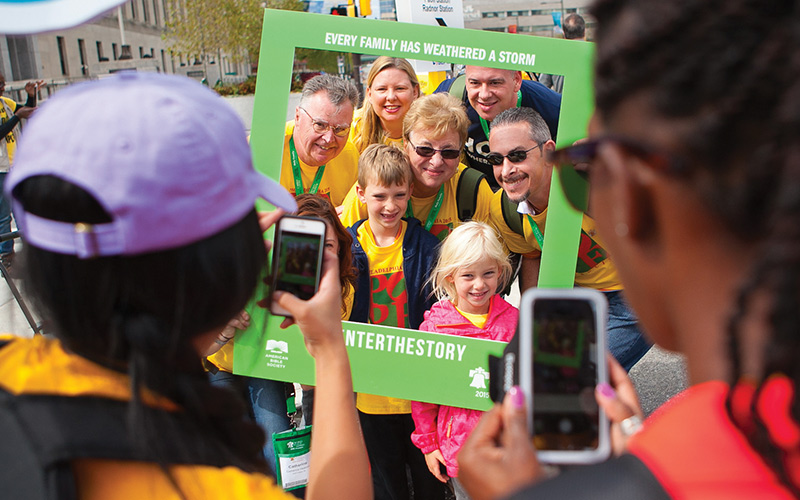 At the end of September, Christian pilgrims from around the world descended on Philadelphia, Pennsylvania for the World Meeting of Families—the world’s largest gathering of Catholic families. People poured into the city for several appearances by Pope Francis, including a Mass celebrated on the Benjamin Franklin Parkway.

To reach the hundreds of thousands of people roaming Philadelphia with God’s Word, American Bible Society ran a multifaceted media campaign championing the role of the Bible in the life of the family. Bus wraps, train advertisements and subway posters pointed people to a website with customized Bible studies and devotional ideas for families. Please continue to pray that this strategic campaign will achieve its desired end: to draw Philadelphians and families from around the world to engage more regularly with God’s Word.

Answers to your Scripture questions

As our nation celebrates the arrival of an international religious leader, heed the call of Pope Francis to cherish God’s Word in your life.