RecordEngagement & In The USA & Military 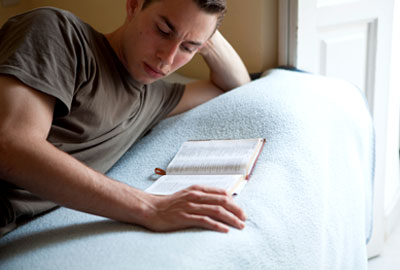 Post-Traumatic Stress Disorder (PTSD) is estimated to be an age-old illness that has only recently been renamed. Known formerly by the names “soldier's heart” “shell shock” and “battle fatigue”, PTSD most prominently came into the modern medical lexicon after the Vietnam War; thousands of veterans would, to varying degrees, relive the physical, emotional and mental strain that was brought on them during their time on the battlefield.

The symptoms vary, often based on the intensity of the situation and the individual experiencing it, but can include flashbacks, nightmares, hallucinations, insomnia, hypervigilance and outbursts of anger.

Our enlisted men and women have unique needs and can benefit from spiritual guidance and counsel. To answer those needs, American Bible Society and partner Scripture Union USA — which offers discipleship programs and publications — have rolled out a program called the Military Essential 100™ (or E100).

The E100 program can help our military men and women gain a better and well-rounded understanding of the Bible without having to read it from cover to cover. Containing a 100-day reading program of Scripture (50 Old Testament, 50 New Testament passages), the E100 is a survey of the Bible, highlighting many of its prominent stories and teachings. The goal of the E100 is to help make daily Bible reading and discussion a regular habit over the course of the program. 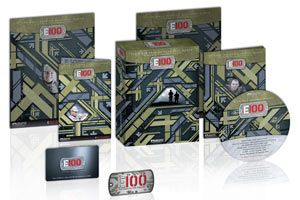 Because active-duty service members and other enlisted personnel may not always have access to a Bible, the Military E100 is available in multiple formats: Web, print and audio, so active-duty service members with MP3 players can listen to God's truth wherever they may be. A special Military E100 version of the Bible (highlighting all 100 passages) will be available to all members of our armed forces in the coming months.

The Military E100 also aims to help chaplains of our armed forces introduce their units to the hope and truth of God's Word. By providing them with planners, sermon outlines, small-group discussion materials, and a DVD with many other tools, ABS and Scripture Union hope to make our chaplains' responsibilities a bit easier to handle.

ABS has been providing Scripture Portions and Bibles free of charge to America's military since 1817. Because of the generous gifts of our donors, we can bring programs such as the E100 to the military and families serving our country. In doing this, we hope to enrich countless lives with the hope of God's Word.

Video still by Eliu Cornielle.Eddie grew up without a father and survived multiple rapes...