Through children’s Bibles, the Father is touching troubled, young hearts. 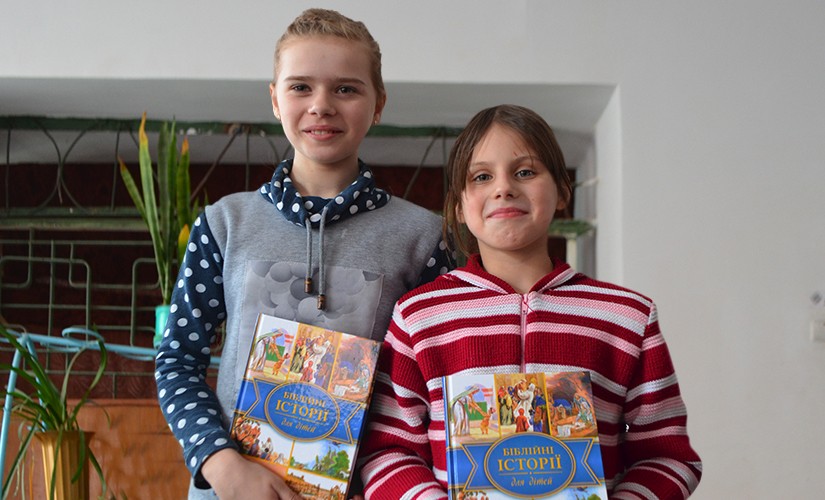 Viktoria’s heart broke as she listened to story after story of abandoned children. She and her team of volunteers grieved for the kids under their care — 72 Ukrainian orphans, runaways, and criminals. Together they ran a summer camp for these neglected children, hoping to bring some joy to their troubled lives. But sometimes, hope seemed lost.

One 7-year-old boy had been the sole caretaker of his terminally ill mother before she died. Another young orphan told of being bounced from one children’s home to another before being declared “hopeless.” A 12-year-old girl described her life as “hell.”

“The only language the children understand is violence,” said Viktoria’s husband, AnatoliyRaychynets, the Deputy General Secretary of Ukrainian Bible Society. “They are not used to talking to someone sitting at a table. Their relatives abandoned them. There are those whose parents were killed during the war, while others were eye-witnesses of their parents taking their lives in suicide.”

Viktoria knew these children needed to meet their heavenly Father. They needed the Book that gives hope to the hopeless. In a world where others abandoned them, these children would have God to stand by them. She asked her husband to send her 72 children’s Bibles. These children, who were rarely able to read, would read the Bible with their counselors that summer.

With the support of American Bible Society’s financial partners, Ukrainian Bible Society was able to ship Bibles to the camp. As a result, those deemed “hopeless” found hope. With God’s Word in hand, and the love of Christ-followers to guide them, these children discovered reasons to have joy and hope going forward.

And that young 12-year-old girl trapped in a life of hell? One summer evening, she approached Viktoria and said that she wanted to love like Viktoria loves. She broke down in tears as Viktoria held her tightly. Then they opened the girl’s Bible and read the story of Christ accepting a woman who had been broken by her life. Viktoria told the girl that Christ forgave the woman, and he will do the same for her. The girl opened her heart to Christ.

Throughout the summer, the evening campfire gives children the chance to share their stories. Most wanted their lives to change and they wanted to learn more about God who would walk with them. And thanks to the support of American Bible Society’s financial partners, when these 72 children left camp, they left knowing they are the beloved children of their true Father.

Can the Bible Help Suffering People?

A Story of Transformation Through Reading Scripture