“Out of my darkness, I have found light!”

Shining the light of Scripture into a spiritually dark China! 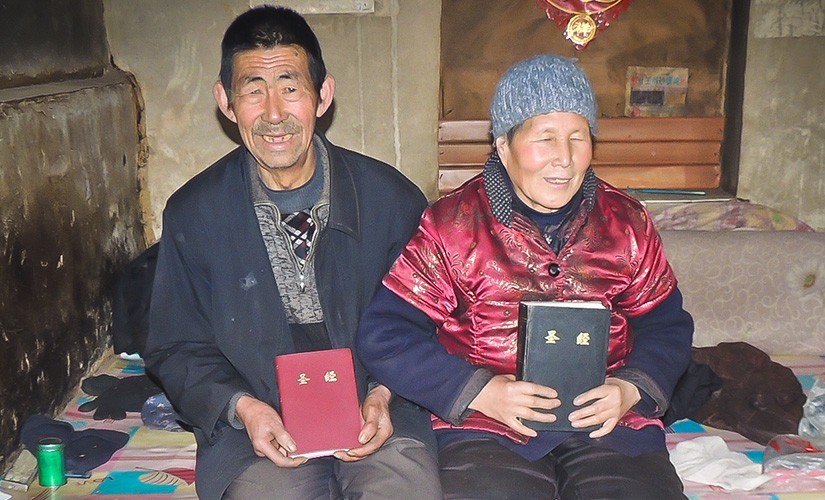 Have you ever wanted something so badly that you would give up anything for it? Peng* did. She was so hungry to know God through His Word that she gave up her sight.

Over 10 years ago, a neighbor invited Peng to church. There, she discovered Jesus Christ, “the light of my world,” she says. Because Bibles are not easily available in rural China, Peng received only portions of the Bible, but she made the best of it.

“I tried to read what I had,” she explains. “The problem was that I worked in the fields all day and the only time I could read was at night. But we had no electricity. Night by night, I studied by the light of the kerosene lamp until my eyes were so damaged that I became blind.”

Peng doesn’t regret a minute of it! “Out of my darkness, I have found light,” she says.

Friends like you helped provide Peng a complete Bible of her own and the grateful woman says she has more light in her life than ever before.

Peng says, “My husband has become a believer in Jesus also. Each night he reads to me the words of life and hope. Every Sunday he leads me to church.”

Although Peng cannot see with her physical eyes, she says, “The Bible talks about a worse condition. In Ezekiel 12:2, some people ‘have eyes to see but do not see.’ That is not us. As we hear God’s Word, we are filled with light.”

Millions of people in China live in utter spiritual darkness and are crying out in desperation for the light. There are simply not enough Bibles in this nation of more than a billion people. Too many people in China live without knowing God’s love for them and His plan of grace.

That is why the continued support of American Bible Society’s financial partners is so critical. They are shining the light of God’s Word into China!

Score One for Duan

Han Duan is a top player who inspires with her faith

As the number of Christians in China continues to grow, the demand for God’s Word in rural areas also increases.