RecordArts And Media & Catholicism & Devotionals & In The USA & United States 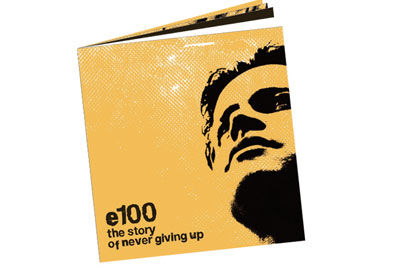 More than 100,000 copies of “The Story of Never Giving Up” were distributed throughout the Philadelphia Catholic School System, city churches and community outreach service programs.

The American Bible Society was a key partner with the Philadelphia National Bible City campaign for 2009, helping to organize events and providing free Bibles and devotional tools for youth to engage with the Scriptures.

Each year, one city is named The National Bible City as a program of The National Bible Association. On November 22, a week of free events kicked off with a concert including The Philadelphia Boys Choir, at Mt. Airy Church of God in Christ, at which ABS provided daily Scriptures through text messaging. Center City Philadelphia was saturated with volunteers handing out the Philadelphia Faith and Freedom Guide, a booklet that included “76” biblical texts to read along a walking tour of the many historic sites in Philadelphia. Some 100,000 copies of “The Story of Never Giving Up,” a Bible reading guide designed for young adults, were distributed throughout the Philadelphia Catholic School System, city churches and community outreach service programs.

On display at the historic Westminster Seminary in Glenside, Pa., was the first English Bible printed in America by Robert Aitken, in Philadelphia, 1782, on loan from the American Bible Society.

From Nightmare to a Dream Come True

Rob Heck with two of his sons. When Rob Heck heard a knock on his...