Through Bible-based trauma healing, widows in Rwanda bring their grief to Jesus and find joy in him. 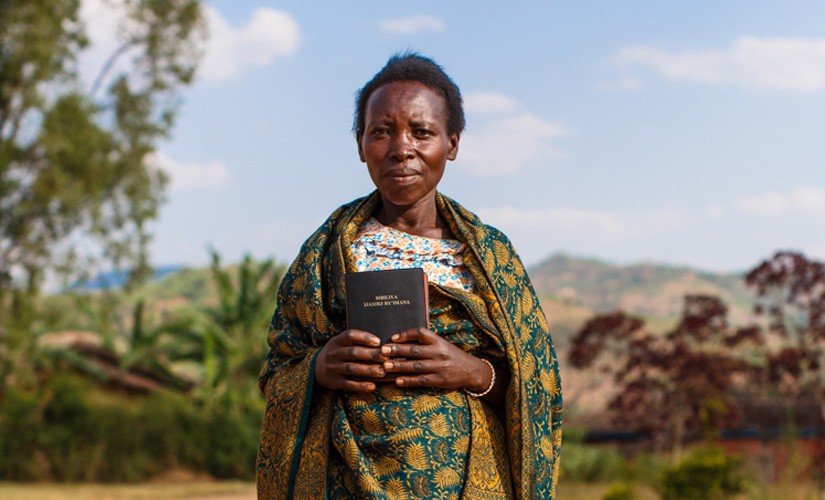 Vestine Iyakaremye felt abandoned by God. “I thought God had left me,” she says. But through her church’s Bible-based trauma healing group, she found a community of women who prayed with her and who, like Jesus, help her in her sorrows.

“If my troubles and griefs were
weighed on scales, they would
weigh more than the sands of
the sea.” Job 6:1-2

Bernadette Mukamana was silent for more than two years. When she lost her husband, she shut down. Overwhelmed with grief, she separated herself from everyone—including her own children. She didn’t believe anyone else could understand, let alone help her move through her sorrow.

One day, however, a fellow widow named Apollonia Mukandamage visited Bernadette, prayed with her, and read to her from the book of Job in the Bible.

And then Bernadette heard the loving promise that God gave to Job: “Is there any place where God’s light does not shine?” (Job 25:3). That was a glimmer of hope. For the first time since losing her husband, Bernadette felt less alone. Maybe the God of the Bible is with me too.

Apollonia invited Bernadette to join a Bible-based trauma healing group—a group of widows who meet in Muhanga, Rwanda, to share their grief and loneliness with one another and to apply the stories and truths of Scripture to their sorrow.

In Bible-based trauma healing groups, widows come face to face with Jesus. And he, our ultimate healer, meets them in their grief. Because of your support, Bible-based healing groups all across Rwanda and Africa and the globe are helping individuals from war-torn and desperate regions rediscover the hope of Christ.

Because of your support, people are learning their story doesn’t have to end with trauma.

Because of your support, widows in Muhanga are learning that God is near to them in their suffering.

You can share the hope of God’s Word with hurting people in Rwanda and around the world. Visit ABSRecord.com/Bibles

Pray for One Million Bibles for the Church in Cuba