“I will cherish [my Bible] for all of my days,” says one Veteran. 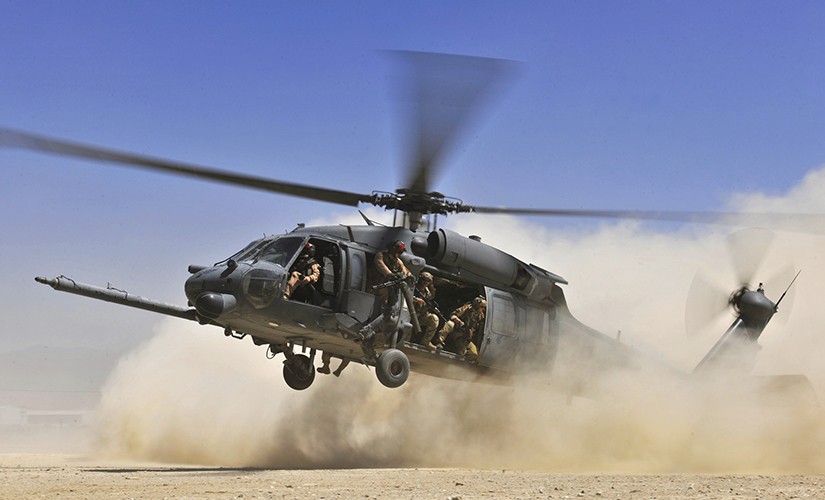 In 24 years of serving in the United States Air Force, Sergeant Benjamin Wilson* saw more pain than he wants to remember. He saw brave friends die and witnessed the devastating impact it had on their children. “It ripped the heart out of my chest,” he recalls. He also saw hunger and unspeakable suffering around the world.

“A lot of things you can’t let go … you can’t get those visions out of your head,” he explains.

Wilson was deployed more than a dozen times to Bosnia, Kosovo, Iraq, Afghanistan and other parts of Asia. He shares that he felt God’s comfort and peace because of the support of American Bible Society financial partners who made sure that he could have a Bible in his hands wherever he was stationed.

“It’s one of those things that I will cherish for all of my days,” he says.

Wilson remembers one moment in particular when the words of Scripture gave him comfort. On a supply mission to an outpost in hostile territory, the enemy began firing on his helicopter.

“Pop! Pop! Pop! Our aircraft took probably about 15 rounds. [After landing,] we inspected the damage. There was a hole right where I was sitting. But I was not hit and nobody on the helicopter was injured during that attack. As many times as we were shot, it was an absolute miracle. It was a miracle the aircraft didn’t crash. It was just one of God’s blessings.”

The experience reminded the sergeant of God’s promises of protection in Scripture. Wilson says, “[The Bible] is just one of those unbelievable comforts. It’s probably one of the greatest gifts that Military members ever get. You realize God’s alive. People will never get to know that if they don’t have a Bible. It’s the foundation of everything.”

DESPITE RISK, DEMAND FOR BIBLES RISES IN IRAN

Sharing the Bible While Doors Are Open

Helping to share the hope of Christ with those who have never seen a Bible.