“The audio Bible made me understand that God is alive…” 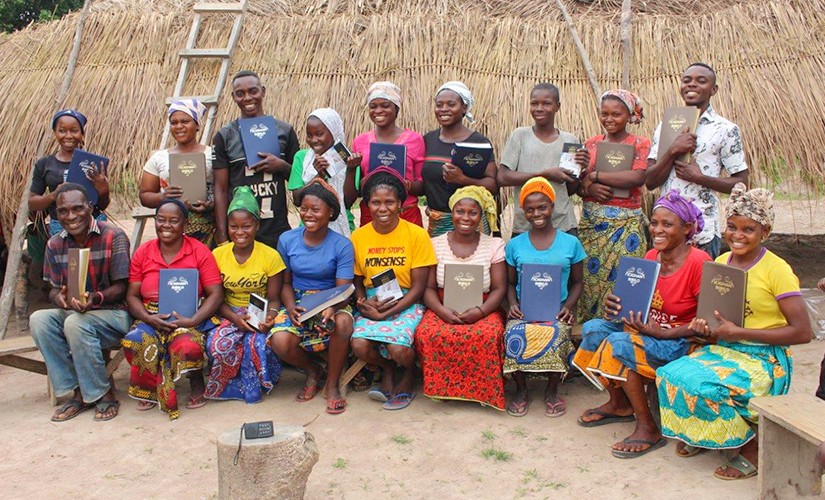 Jibola* was desperate to end her pain.

At age 8, the Nigerian girl lost both her parents and went to live with her sister. When Jibola turned 13, her sister’s husband began abusing her and threatened to kill her if she told anyone. The poor child developed insomnia and severe depression.

For 26 years, Jibola was unable to rest at night. Jibola’s struggles did not end there. After she married, her husband took all their money and abandoned her and their two handicapped children.

“This forced me into begging and prostitution because I had to take care of the children,” she says. “I was ashamed of myself. I got tired of living and wanted to take my life.”

Over the years, Jibola attempted suicide three times. She ran into the path of a moving vehicle, tried to overdose on sleeping pills, and even attempted drowning. Thankfully, Jibola was unsuccessful with each attempt.

One day, Jibola was walking along the street and saw a sign board inviting people inside to a “trauma healing program.”

“It was that word ‘healing’ that attracted me,” she says. Jibola was desperate for healing from the trauma she had experienced in her life. The leader of the program introduced Jibola to Jesus Christ, and through the generosity of our friends, she received an audio Bible in her own heart language.

“I placed it beside me and put it on,” she says. “I was listening to it until I fell asleep. For the first time in 26 years, I was able to have a normal sleep.”

We are so thankful our partners giving hurting people like Jibola healing for the trauma in their lives through Scripture.

Praying for Wounded Hearts to be Healed

Broken Hearts Healed through the Power of Scripture