“The Bible changed me.” 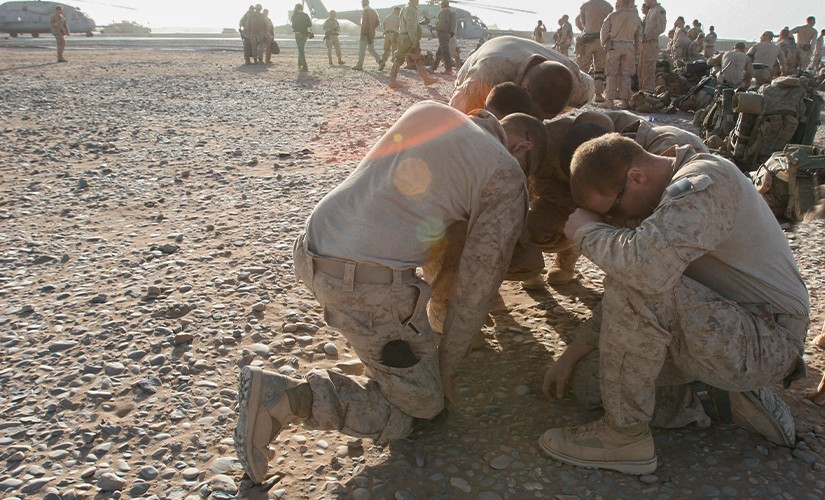 Lieutenant Rick Johnson* spent a lot of time in the military. “I went in a teenager and came out a grandpa,” he jokes. “I served under five presidents.”

Rick served in different positions, such as combat engineer and infantry squad leader, in places like Kuwait, Iraq, and Afghanistan. He was among the first to land in Kuwait during the Gulf War, and he remembers being under fire.

The sergeant says being in battle “numbs and hardens” you. During his service, these experiences began to take a toll on Rick. Soon he was disillusioned with his service and his life and became angry at everyone.

“I hated pretty much everything about life,” he admits. “After a while, you can burn out in the military.”

He cried out to God for help. “I can’t do this anymore.” Rick went to chapel and later received a military Bible.

“I’d never read the Bible and I didn’t know the story of Jesus,” he says. “I read the entire Bible. I gave my life to Christ! I got baptized . . . it was the most important day of my life.”

Rick says, “When you know how the Bible is perfectly put together and how all the prophecies were fulfilled . . . you can’t deny it. The Bible took so much burden and stress off of me. The Bible has changed me” he says.

Thank you to our generous financial partners for helping transform lives by giving our Troops and Veterans Scripture.

More than 50,000 young people gathered in Los Angeles and online for a conference hosted by Jesus Culture.