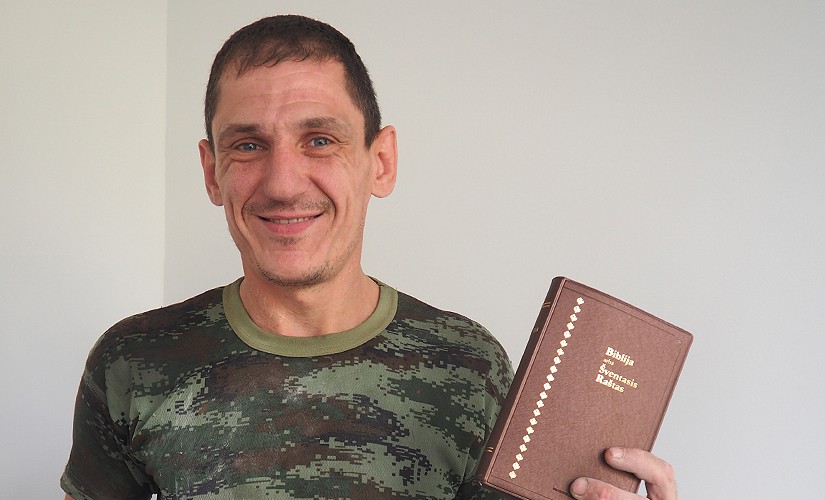 Ten years of illegal drug use had all but killed Petras*. “Because of drugs … my health was completely ruined. I saw no hope, no way of escape — just spiraling down and down toward my sure death,” says the resident of Lithuania.

But God didn’t give up on Petras. He reached out to him through one of Petras’s old friends from the streets. Benas* was a recovering drug addict who invited Petras to enroll in the same faith-based drug rehabilitation facility that helped him get clean. Petras wasn’t easily convinced to go, but he had to admit that his friend had changed.

Benas was an “absolute contrast from the picture of the miserable drug addict he was when I saw him six months ago,” says Petras. “I still struggled believing my eyes, but he was right before me — healthy and free from drugs.”

Petras wanted that change in his life, but he had no idea how to make it happen. He threw his heart into the rehab program, spending his time working in the kitchen, reading the Bible, and attending Bible studies.

Gradually, Petras realized he was a changed man. He connected what he read in the Bible with his own life and realized that he was free! He was free from his addiction. He was free of his shameful past. He was free to live a new life in Christ, as Jesus promises in John 8:36: “So if the Son sets you free, you will be free indeed.”

Petras is now able to care for himself. He has a construction job during the day, but returns to the center in the evening, determined to help others discover the truth that he did: “Freedom comes from God.”

Petras has God to thank for his new life, but he is grateful to those whose generous support provided Bibles to the rehab center.

“Thank you very much for the donated Bibles,” he says. “They will be used for Bible studies and later will be presented to people who successfully complete the program and become able to care for themselves.”

A Message from Oleksandr Babiychuk, General Secretary of the Ukrainian Bible Society

“The Bible has helped me in moments of difficulty.”