In Ukraine, One Girl Found Hope in Tragic Circumstances

Iaroslava clung to God’s Word amidst abandonment, addiction and poverty 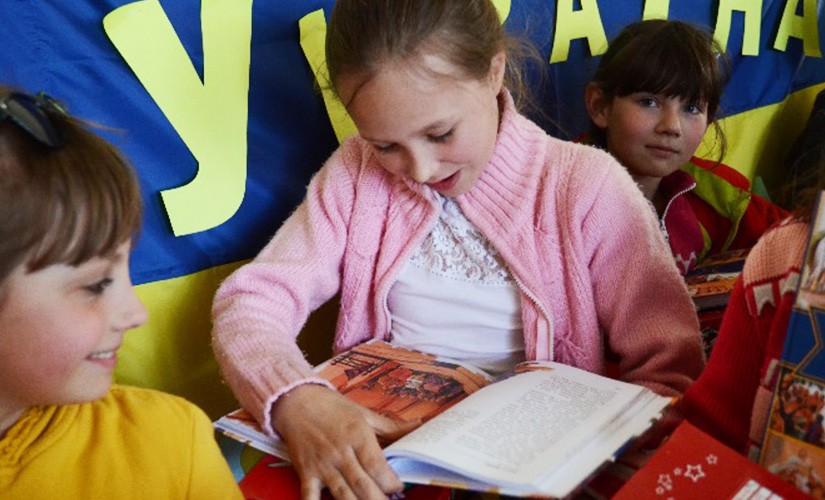 Iaroslava lived a typical Ukrainian childhood. She wandered through the woods behind her home to pick berries and mushrooms. She used scrap materials to make dolls, handkerchiefs and aprons. And, during the winter months, she watched wild dogs play in the snow.

But as Iaroslava grew older, her childhood began to fall apart.

For most of her life, Iaroslava lived with her mother and grandfather in Borzna, a large town in northern Ukraine; she never knew her father, who abandoned her when she was an infant. To provide for her family, Iaroslava’s mother was forced to work increasingly long hours. This left Iaroslava under the care of her grandfather, who had gradually developed an addiction to alcohol.

For years, the family hung together by a thread—until Iaroslava’s mother grew ill. Unable to pay her medical bills, she fled Ukraine in search of a steady job and sent Iaroslava to Borzna Secondary Boarding School. The experience drastically altered Iaroslava’s life.

“So I often imagine this as just a dream, where I will eventually wake up and be with her.”

“My mom told me [she was leaving] a day before she left, which was unfair because I had no time to change her mind,” Iaroslava says. “So I often imagine this as just a dream, where I will eventually wake up and be with her.”

When she first arrived at the boarding school, Iaroslava relied on the support of her classmates—all orphans and abandoned children—to find hope. As time passed, she also became curious about God.

“She always wanted to know more about God and asked a lot of questions to everyone around her,” says Olha Serhiinko, Iaroslava’s school leader. “But in most cases, she didn’t receive answers.”

One Sunday, when her curiosity had piqued, Iaroslava visited a local church with her classmates. She learned “lots of interesting things”—and immediately began to dream of holding her own Bible. But when she finally received a copy from her local church, she struggled to comprehend the old church language printed inside. So she began to dream of holding a Bible she could read and understand.

Eventually, Iaroslava’s dream came true. In partnership with the Ukrainian Bible Society and generous financial partners from American Bible Society, churches from around Borzna hosted an event at Iaroslava’s school to distribute children’s Bibles. Anxious to uncover the hope found in God’s Word, she immediately flipped open her Bible and began reading.

“When she saw us handing out children’s Bibles, she couldn’t contain her emotions.”

When the program ended, Iaroslava asked Serhiinko and representatives of the Ukrainian Bible Society to sign her Bible, leaving their mark on the book she once dreamt of holding.

“When she saw us handing out children’s Bibles, she couldn’t contain her emotions,” Serhiinko continues. “She started hugging and kissing it and proclaimed, ‘This is the best gift I have ever had!’”

Now 11 years old and trying to make sense of her broken childhood, Iaroslava has made a life-changing discovery: even in the midst of abandonment, addiction and poverty, she has a father in heaven who will never leave her side.

The American Bible Society welcomed His Holiness Patriarch Bartholomew of the Orthodox Church to Bible...

Through children’s Bibles, the Father is touching troubled, young hearts.