The Fight for One Man’s Soul

God and an alcoholic Veteran meet at rock bottom 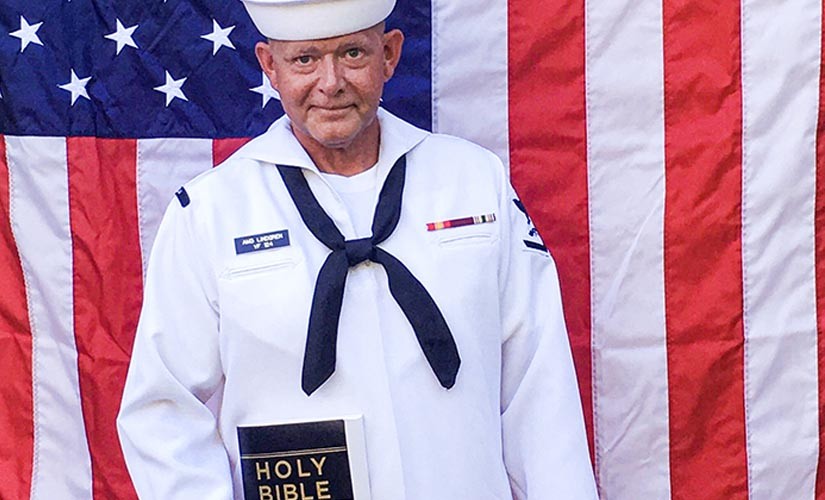 As a U.S. Navy flight deck mechanic, Andy Lindgren trained aircrews and readied planes to take on the horrors of the Gulf War. Every time he gave the green light for one of the attack jets to scream off the air strip in San Diego, he pictured the troops it would protect and the battles it would help win.

Though on different sides of the ocean, he was united with his brothers and sisters overseas. They were fighting this fight together, protecting each other, securing freedom.

Land of the free, home of the brave.

Andy was U.S. Navy proud—and he was proud of himself. He was tough and ready for anything, just like the jets he okayed for combat.

But in reality, he was far from ready for the war zone ahead.

Andy was Living the American Dream

After being honorably discharged, Andy graduated from college, built a thriving career at a university, and started a family.

“Everything in my life was going good,” he says. “I was the king of people-pleasing and making sure that everybody thought, ‘Andy’s a great guy!’ It boosted my ego.”

When one of Andy’s friends introduced him to the Bible, it piqued his interest.

“I got pretty schooled in it,” he says of the King James Bible he read, studied, memorized, and shared. “I thought it would be impressive. But it was just knowledge at the time, honestly. I had no Holy Spirit. Nothing moving in me.”

Despite it all—and he seemed to have it all—an insatiable thirst still lurked within.

What was moving within was a dark and deadly disease: alcoholism.

“It’s genetic and it’s hereditary. Grandfathers, uncles, cousins—several of them are either in treatment, actively using, or dead. Alcoholism has existed for a long, long time.”

Then, tragedy struck. Andy’s younger brother Nicky, his best friend, died suddenly of a heart attack. And something broke inside of Andy.

“That’s when the beer turned to vodka,” Andy admits. “The disease of alcoholism waxed real heavy, and it started to control my life—and horribly.”

For the next six years, Andy watched almost everything disappear through the bottom of a bottle.

“All of the sudden—a college graduate, honorably discharged from the military, a good dad, baseball coach, with a nice house and cars—and I’m sleeping behind the library because I can’t stay sober.”

In a nightmarish teleportation routine, Andy would pass out in one location—a jail cell, a cheap motel bathroom floor, a back alleyway—and wake up hours, even days later, in a completely different place. There was one constant, though: “I always ended up in the hospital on a gurney with a police escort.”

On one particular night, Andy drank—and didn’t stop. At the VA hospital, the crisis response team surrounded him in shock. “This guy should’ve been dead nine drinks ago,” they said, baffled by Andy’s survival.

Clearly, God had other plans for Andy.

Andy Lost Everything He Cared About

Andy sat in his hospital bed, weaning from years of stupor, slowly awakening to the reality of his current state.

“I’m in my room there, no access to phone, computer, outside world, nothing. I received two registered letters. One was from my wife’s attorney asking for a divorce. An hour later, the mail came again, and it was another registered letter—the termination of my job of 24 years.”

The truth sank in. Brother: gone. Marriage: over. Children: taken. Career: finished. And Andy, the man who once had it all, hit rock bottom—joining others just like him.

“We’re big, tough, macho, egotistical guys that have everything and got life all figured out. And all of the sudden, we come crashing down, and we burn, and we blow up.”

You Gave Andy the Bible that Changed his Life

It was clear that Andy’s damage was beyond repair. But God was about to deliver a miracle.

“I walked out of my room one morning and looked over to a little table next to the nurse’s station. There was large-print King James Version Bible with a black leather cover on it. Inscribed were these words: ‘Veteran’s Edition.’ ”

Andy was drawn to it, wondering what the Bible might say to a Veteran at rock bottom. He grabbed it, went back to his room, and pored through its pages, cover to cover.

“All the things that I had studied years earlier—Abraham, Noah, the Exodus, the New Testament, everything—it all started clicking. It was like God opened my mind and allowed me to look at it all at a completely different level.”

His remaining months in rehab became a private retreat with Jesus. God’s Word was living water quenching a thirst he’d had for as far back as he could remember.

“This Bible changed my whole life. I was on my hands and knees. I was sobbing. That’s when God came into my life. Period.”

Thanks to you, Andy Found Victory in Christ!

Today, Andy celebrates two years of sobriety. “That mental obsession for alcohol has been lifted from me. It’s an absolute miracle,” he says, in awe of God’s healing. He’s found contentment in a steady job and continues to rebuild a relationship with his children.

Every day, Andy finds the nourishment he needs by reading the Bible and praying. He keeps a sharp focus on what matters most: the Lord.

“Before these feet hit the floor, I thank God for every single thing I have. And I don’t mean cars and boats and a house. I thank God for warm socks, wood for the stove, and ramen noodles for lunch. And I mean it.”

Andy has found lasting satisfaction in Jesus because of a Bible he found on a little table at a VA hospital. For this, he extends his deepest thanks.

“You might not necessarily realize what you did for me—but that Bible showed up—and I’d like to think that God hand-delivered it for me.”

American Bible Society provides Bibles and Scripture resources to U.S. Military members and their families. We are grateful for our partnerships with VA hospital chaplains across the nation who serve the Lord by sharing His Word. You can help more Veterans like Andy find hope in Christ at give.bible/military