The wait is over!

The Kikongo people finally have God's Word in their heart language. 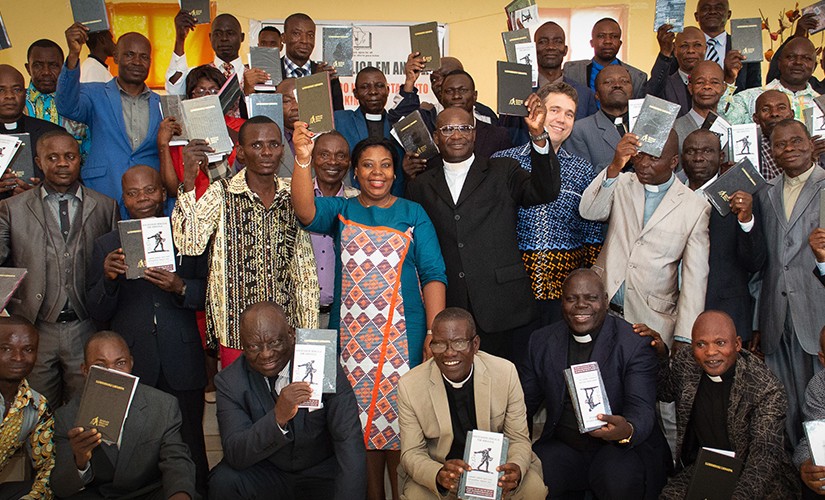 Finally, the wait is over.

The Kikongo speakers in Angola now have a New Testament in a language they can understand and relate to, thanks to the generosity of our partners!

The 537,000 people who speak Kikongo recently received the newly translated Kikongo New Testament, and they were thrilled.

Manuel, who worked on the translation project, said, “For me, it is a huge joy to now have the New Testament. There is an older version of the Kikongo Bible, but many people found it to be a difficult translation. This older version was translated in 1926, in the era of missionaries. Many words are no longer in use and today’s people do not understand it.”

Manuel said the people in his village kept asking when the translation would be ready. Their excitement and anticipation have been growing.

Twelve-year-old Luzolo says, “This new version of the Bible is much easier to understand.”

This new translation will help young generations of Kikongo speakers, like Luzolo, engage with Scripture and carry it into their communities.

Because of the continued faithful support of friends like you, American Bible Society can move forward with translation efforts like this one in Angola that will impact generations. We are so grateful to them for helping to share God’s Word through Bible translation efforts around the world.

“This Bible is Life!”

A hurting woman in Benin is set free through God’s Word.