“Through His Word, I have received peace” 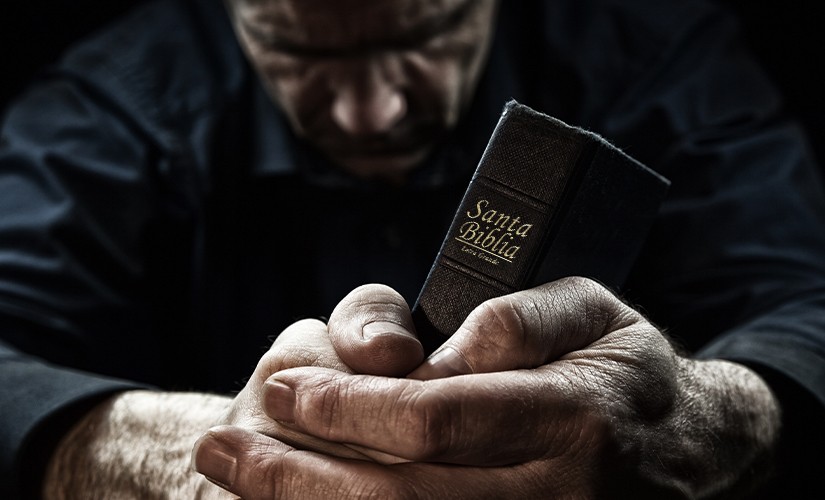 Andries* had a promising career as an officer in a South American army. But a series of bad decisions resulted in his discharge from the army and imprisonment.

Helpless and desperate, Andries could only think of his wife and his son — his happy family had fallen apart in an instant.

Then, one day, Andries met Sister Heilbronn, who worked in the prison, ministering to inmates with her Bible. From the first word of Scripture that he heard, it felt like God was speaking to him personally.

Andries was inspired to read more of God’s Word and asked Sister Heilbronn for a Bible that would be easy for him to understand.

She wrote to the Bible Society asking for Bibles, and thanks to our generous supporters, her application was granted. Every person in the prison received a Bible!

The Bible became Andries’ guide in his life. He cherishes every Biblical message and tries his utmost to live his life according to Scripture. “In everything I do, I keep God’s Word in mind,” Andries says. “Through His Word, I have received peace in my heart, thoughts, and attitude.”

When friends like you help provide Bibles for prisoners like Andries, you fulfill the instruction of Hebrews 13:3a (GNT), which tells us, “Remember those who are in prison, as though you were in prison with them.” Our generous partners are critical to helping the people who need Scripture the most.

When people receive their first Bibles, they are moved to tears.

We’re working to translate the Bible into all the world’s languages by 2026.