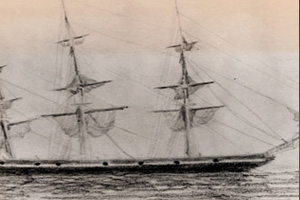 In 1817 Bibles were distributed to the crew of the USS John Adams, thus beginning a Scripture grant program to the armed services that continues today.

Exactly 150 years ago, in 1861, at the outset of the war between the States, the ABS Board of Trustees determined to place a Bible or Testament in the hands of every soldier on the side of the North and the South.

The decision of the Board in New York City was confirmed by a “marvelous occurrence,” according to The Centennial History of The American Bible Society. When Bibles were sent South to nourish the souls of the men of the Confederate Army, the guards did not order a halt. Generals and their subordinates on both sides of the line let the Book travel under a sort of “Truce of God.” Through this unparalleled respect for a holy enterprise, some 3,000 Bibles, Testaments and single Gospels during the war passed from New York, through the firing lines, to comfort the Southern soldiers.

Near the Heart of Urban Youth

Delight Yourself in the Lord