“Victor, you better get right with the Lord.”

Lives and destinies are changed through Bibles 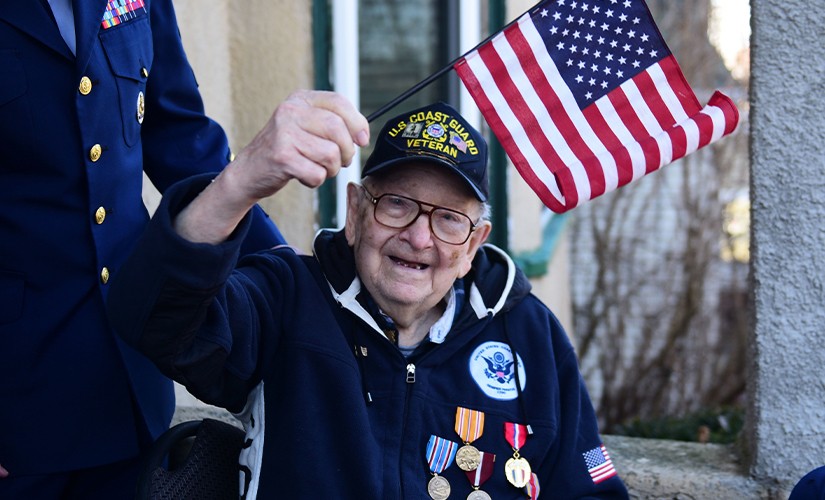 When Pearl Harbor was attacked in 1941, Victor Elder was a 14-year-old boy living in Florida. A newspaper man approached him and said, “Hey Victor, we need you out in the street.” So, Victor began selling newspapers.

At 16, his father took him out of school, saying, “Victor, you lazy boy, get to work.” So, Victor began working at a local grocery store. Then, in 1944, Victor was asked to help in the war effort. So, Victor’s dad signed the necessary papers for his 17-year-old son to join the Coast Guard.

Soon after arriving at the Coast Guard base in St. Petersburg, Florida, Victor was given his very first New Testament. It was one of 7.4 million Bibles, New Testaments, and Scripture portions American Bible Society made available to our Armed Services between 1940 and 1945.

Victor recalls, “I started reading that Bible and I said, ‘Victor, you better get right with the Lord.’” And so he did, beginning a life of devotion and service to Jesus.

In the decades since, Victor served in the Army. He got married and fathered four children. He earned more than one teaching degree. And, thanks to the help of American Bible Society supporters, Victor has been able to distribute roughly 8,000 Bibles to fellow Veterans and to many others who need God’s Word.

Now in his 90s, Victor actively shares the Word of God wherever he can, most recently with school students in lockdown during the pandemic. He is glad the Lord spared him during his military years, because, as he says, “I want to love my Lord Jesus as long as He keeps me on Earth to do His will.”

Victor is very grateful for the generosity of caring friends like you who help provide the Bibles and Scripture resources that truly change lives and eternities.

Your faithful support allows us to continue this important work.

“When it comes time to die, people need Scripture.”