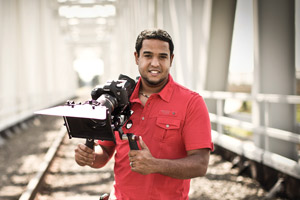 Hispanics are changing the face of America and its Church. Are you ready to embrace one of the fastest growing minorities in this country?

Demographics tell the story. In 1990, 22.4 million Hispanics populated the United States. That number nearly doubled to 41.3 million in 2004. And by 2020, roughly 102.6 million Latinos will live in America, representing 25 percent of the U.S. population.

More than 93 percent of all Latinos self-identify as Christian, according to the research report, Hispanic Churches in American Public Life: Summary of Findings conducted by the Institute for Latino Studies, University of Notre Dame. Seventy percent are Catholic, and 23 percent are Evangelical, which includes Baptists, Pentecostals and Charismatics.

These statistics press the importance of developing a relationship with this community. Although learning to speak Spanish is the first step, that's not all you need. Understanding the worldview and ethos of Hispanics is key to creating passionate, committed disciples of Christ.

One Group, Many Cultures

Hispanics are a multi-ethnic group that includes people from Mexico, Peru, Ecuador, Bolivia, the Dominican Republic, Colombia and the Caribbean. Although Spanish is the unifying language, each group has distinct cultural differences, depending on their country of origin. And each has different levels of acculturation.

Yet all have a similar style of worship. Hispanics are a “people of celebration,” says Reverend Tomas Del Valle-Reyes, a Catholic priest at St. Columba Parish in New York City. Spirit-filled religious expression is emblematic of Catholic Latinos, who view the mass as a “celebration of life, faith and the risen Jesus.”

Tessie DeVore, an expert on Latino trends, shares a story testifying to this. While on a business trip, she attended a traditional Evangelical church. As the service began, she heard tambourines, clapping and loud exclamations of praise in another part of the building.

A Spanish service was going on simultaneously. “It was the same church, the same theology, the same denomination, but the approach to worship was completely different,” says DeVore, executive vice president of Charisma House, a multimedia Christian publishing company.

Known as a religious people, Hispanics honor the Holy Scriptures. Among Evangelical Latinos, the Bible is the literal Word of God. “It is the authoritative source for daily living,” says Rodriguez.

Among Catholic Hispanics, “there is an explosion in the discovery of God's Holy Word,” particularly in the wake of Vatican II, says Father Tomas. Catholic Hispanics consider Scripture an important source for moral decision-making and are immersing themselves in God's Word through parish Bible studies across the country.

In all cases, Hispanics see God's Word through the lens of family, specifically helping their brothers and sisters in need, says Marcos Rivera, senior pastor of Manhattan's Primitive Christian Church, which is affiliated with the Assemblies of God.

Primitive Christian Church did an in-depth study of the book of James, verse by verse. What resonated for Latino congregants, says Pastor Rivera, was the importance of taking care of others: seniors, young people without educational opportunities, the poor.

For most Latinos, issues of social justice are paramount — immigration being one of them — and they view the pulpit as the appropriate place to address them.

As a ministry leader, you may feel uncomfortable discussing this issue. But Reverend Luis Cortes Jr. encourages you to take a biblical perspective, simply that of welcoming the stranger. He cites Matthew 25.35(b) (CEV). “When I was a stranger, you welcomed me.”

“Those are the words of Jesus himself,” reminds Reverend Cortes, president of Esperanza, an Hispanic faith-based organization that works with clergy, churches and community leaders around the country.

He emphasizes the importance of meeting the spiritual needs of all God's people, regardless of their circumstances. “Pastors have a responsibility to address the needs of the community around them,” says Reverend Cortes. “It's a mandate to take care of all people — not a mandate to just take care of your own.”

In his white paper, How to Reach the Immigrants in Your Community through Compassion Ministries, Rodriguez cites Leviticus 19.33-34 (GNT). This is the Old Testament directive to compassionately reach out to foreigners: “Do not mistreat foreigners who are living in your land. Treat them as you would an Israelite, and love them as you love yourselves. Remember that you were once foreigners in the land of Egypt.”

Some pastors fear legal ramifications for ministering to immigrants, many of whom are undocumented. But Rodriguez quickly allays those concerns. “Biblical ministry and outreach to immigrants, regardless of their status, carries no legal liability,” Rodriguez writes. The message bears repeating: Churches suffer no legal consequences if they focus on delivering the spiritual and physical needs of immigrants.

Meet Them Where They Are

Phil Chorlian has been ministering to immigrants for years in his role as senior pastor at North Jersey Vineyard in Teterboro, N.J. Whether someone is documented or not has no bearing on serving them, Pastor Chorlian states. “We're meeting people where they are. The more people you know who are struggling with this issue, the more compassionate you become.”

To embrace his congregants, Pastor Chorlian has taken it upon himself to learn Spanish. While many churches usually hire Hispanic clergy, Pastor Chorlian wants to master the language himself so he can personally minister to this group of people.

He has started a special service in which he preaches in Spanish with a little help from Hispanic translators. “It's very difficult learning a new language,” he says. “It's a labor of love, and my congregation is very patient with me.”

Because language is the starting point for any effort to reach Hispanics, the Archdioceses of New York and Brooklyn are teaching priests Spanish so they can provide pastoral services to their communities, says Father Tomas. In addition, some dioceses are sending seminarians and priests to Spanish-speaking countries so they can immerse themselves in the language and culture.

Father Tomas stresses the importance of serving the needs of those in your community. Ministry is about reaching all people who have a yearning for God, he says. “Our faith is open and universal to every man and woman who wants to know Jesus Christ. That's why we're here.”

Sign up to receive Record articles in your inbox »

Music and Scripture From the Heart

Joshua Johnson, right, is the winner of the ABS Scripture Song Award for amateur class....